TORONTO, ON., January 19, 2017 – Yamaha Motor Canada announced today the addition of an all-new F25 to its lineup of four-stroke outboards. Weighing less than 126 pounds, the smallest of Yamaha’s midrange outboards is now so light and compact, it’s portable.

“The new F25 is 25 percent lighter than our previous model and much more compact than anything else on the market. It’s the only truly portable 25-hp outboard in the industry,” said Jean-Francois Rioux, National Manager, Marine, Yamaha Motor Canada. “But don’t let its small size fool you. It is also powerful! In fact, powerful enough to outperform Canada’s old favourite – the legendary Yamaha 25-horsepower two stroke.” The new F25 has the best power-to-weight ratio of all 25 horsepower outboards and features no-battery-required Electronic Fuel Injection and an all-new two-cylinder powerhead that’s all Yamaha. Two valves per cylinder and a single overhead cam mean the new F25 is lighter than any of its competitors. For greater control, the new F25 also features a pull start through the cowling, which comes standard on all electric start models. The Variable Trolling RPM Switch (VTS™), standard on all F25C tiller handle models, allows boats to troll slower than standard in-gear idle speed for better fishing. Improved, built-in handles provide greater portability and easier handling, while the updated tiller handle features new ergonomics and a new shifter position. Yamaha’s new F25 includes several new updates that make it even more convenient than its predecessor. For example, the outboard is now resting-pad equipped on two sides for more storage options. The external oil draining system offers easy maintenance for either dealer or consumer. And an electric starting kit is available as a field upgrade.

To see the entire lineup of Yamaha Outboards, visit www.yamaha-motor.ca. 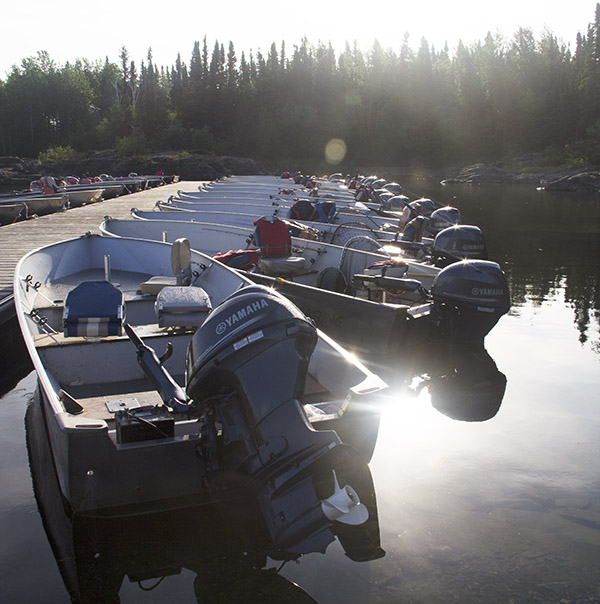 This entry was posted on Monday, January 23rd, 2017 at 10:00 am and is filed under News. You can follow any responses to this entry through the RSS 2.0 feed. You can leave a response, or trackback from your own site.