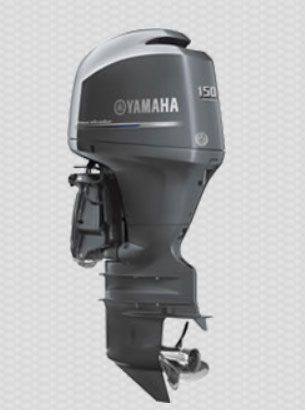 Fall, 2014 — Yamaha Motor Canada introduced today a V MAX SHO for smaller craft, the V MAX SHO 115, an outboard that will bring all the attributes of the four-stroke series to a much larger group of boaters and anglers.

Its large intake and exhaust valves generate more power and mid-range torque. They are fed by a large (60mm) single-throttle body with Yamaha’s long-track intake system and a free-flow exhaust.

Full-throttle rpm range is 6,300, which means Yamaha can better tailor the gear ratio for low-speed thrust and still deliver great top-end speed. A knock sensor, an unexpected feature in this class of outboard, allows the engine to operate constantly at peak output. The result is great top speed – 2.7 miles per hour faster than that of the next generation Yamaha F115 recently introduced.

The V MAX SHO 115 powerhead is based on proven, advanced Yamaha four-stroke technology. It also uses Yamaha’s Phaze Five™ paint system, which includes the electro-deposition of anti-corrosive paint on both the inside and outside passages of the engine block.

Inside the engine, dimpled cylinder sleeves (like those used on the Yamaha F350 V8) reduce weight and add strength. They also aid in heat transfer and help to keep the engine reliably cooler.

Because it is a four stroke, the new outboard is quiet by nature. In addition, Yamaha has harmonized all the inertial mass components and added large rubber engine mounts. The result is smooth and quiet operation, unparalleled in its class.

To see the entire lineup of Yamaha Outboards, visit www.yamaha-motor.ca .

This entry was posted on Tuesday, November 18th, 2014 at 11:08 am and is filed under News. You can follow any responses to this entry through the RSS 2.0 feed. You can leave a response, or trackback from your own site.