The Original Rapala is a legendary lure that has caught trophy fish all over the world, but more recently the Rapala X-Rap has really caught my attention and received my appreciation. It has the cylindrical shape of a classic baitfish, it’s made of plastic, it comes in many “life-like” mirror finishes, it suspends when at rests, it casts like a “bullet”, and the signature “hackle” on the back treble produces an irresistable “tail-kicking” action. Did I mention that it has a natural side-to-side wobble? No wonder it works so well. 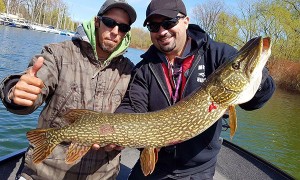 I speak to so many anglers that love using it for Pike, Walleye and Bass. Nima Angler above holds up one of many trophy Pike he’s caught on the X-Rap. 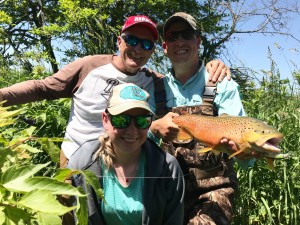 I even know of anglers like John Workington who loves to use the smaller size for large resident Brown trout. 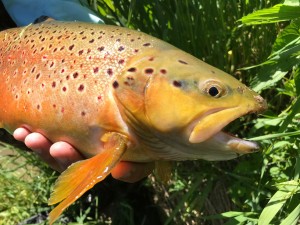 Browns this size don’t mess around with insects (kind of like us having popcorn), their diet is mostly smaller fish!! No matter which size you use, whether you just cast and retrieve it, twitch it or do both, it is truly one of the most productive minnow-imitating lures!! 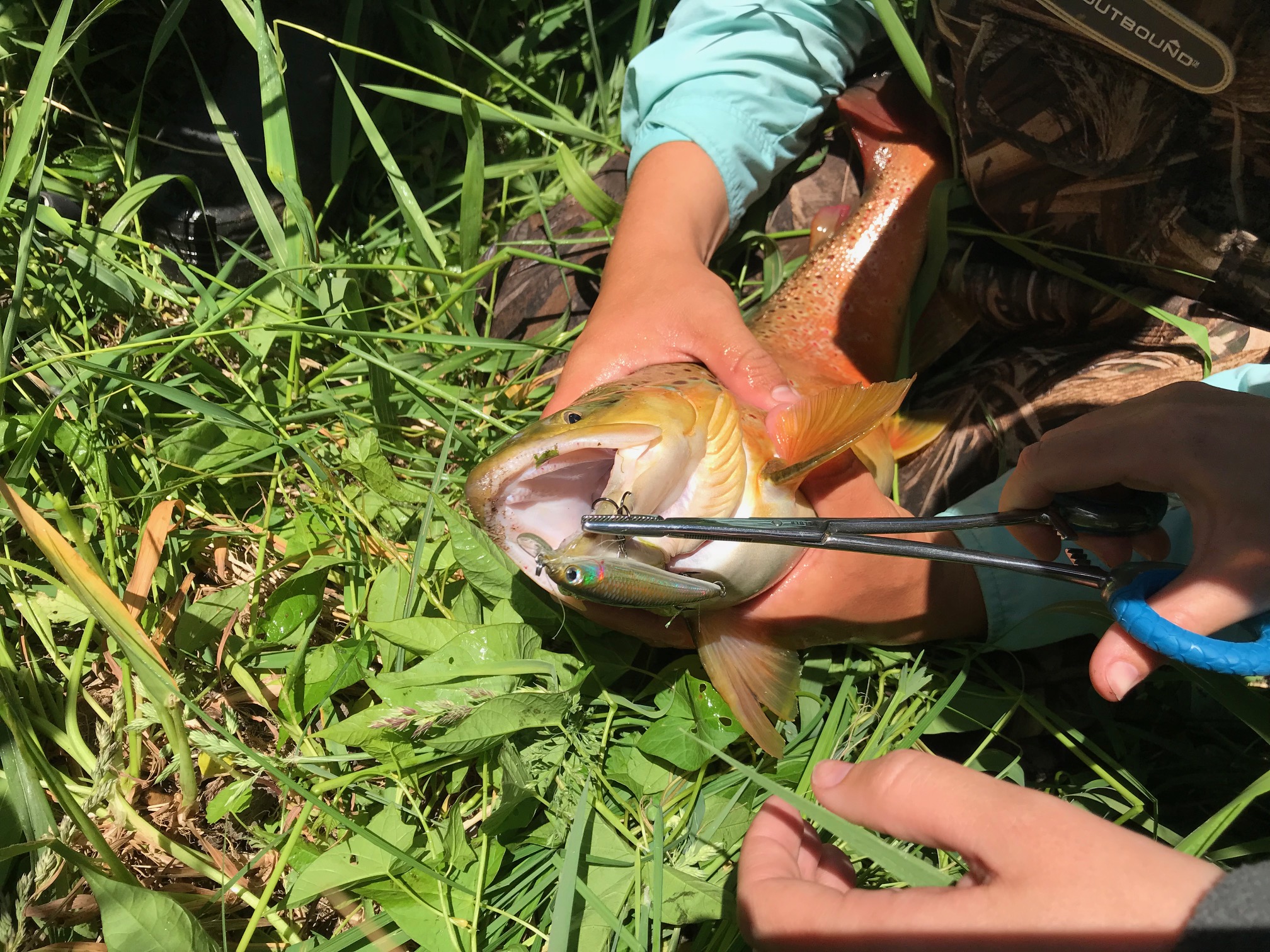