Pablo di Santi set another world record for catching the largest Pati catfish from Rio Parana, Paraguay. After his Barred Sorubim world record in 2014 he set a second best mark with a 32 kg (70 lb) Pati in 2015.

The Pati (Luciopimelodus pati) is a large, bulky catfish species that grows to 50 kg. In the past it was heavily fished commercially, but now that this has diminished large specimens are caught again by anglers. This species can be captured throughout the year. 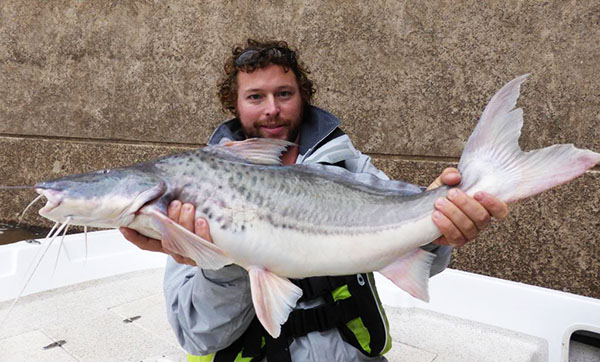 This entry was posted on Sunday, March 13th, 2016 at 10:00 am and is filed under News. You can follow any responses to this entry through the RSS 2.0 feed. You can leave a response, or trackback from your own site.