A friend of mine Tony and I hit the border and fished NY tribs for steelhead on the weekend. The first good sized trib we fished looked prime. It has excellent water colour and levels and we got excited. We tried prime pools and runs with jigs, roe and single TriggerX eggs to no avail. We were a bit surprised how cold the water and action was, however it made sense with the recent melt-off. The steelies were a bit turned off with the influx of ice cold water. Despite perfect looking water conditions, we moved after a solid 4hrs without one fish. We decided to move to a smaller trib that would not be as affected by the cold water. We figured it may warm a bit more quickly and the fish may turn on in the early afternoon.

The move payed off, and we had a double header within our first few drifts! It was game on! Tony got into fish on jigs, and I got into them on roe. All colours seemed to work well. With a short time frame we worked a few pools hard opting to fish more rather than move around. We both got into a bunch of steelhead, and I even got a small brown. Most fish were small, but it was great to see the float drop and a bend in my float rod! I can’t wait to get back out there! 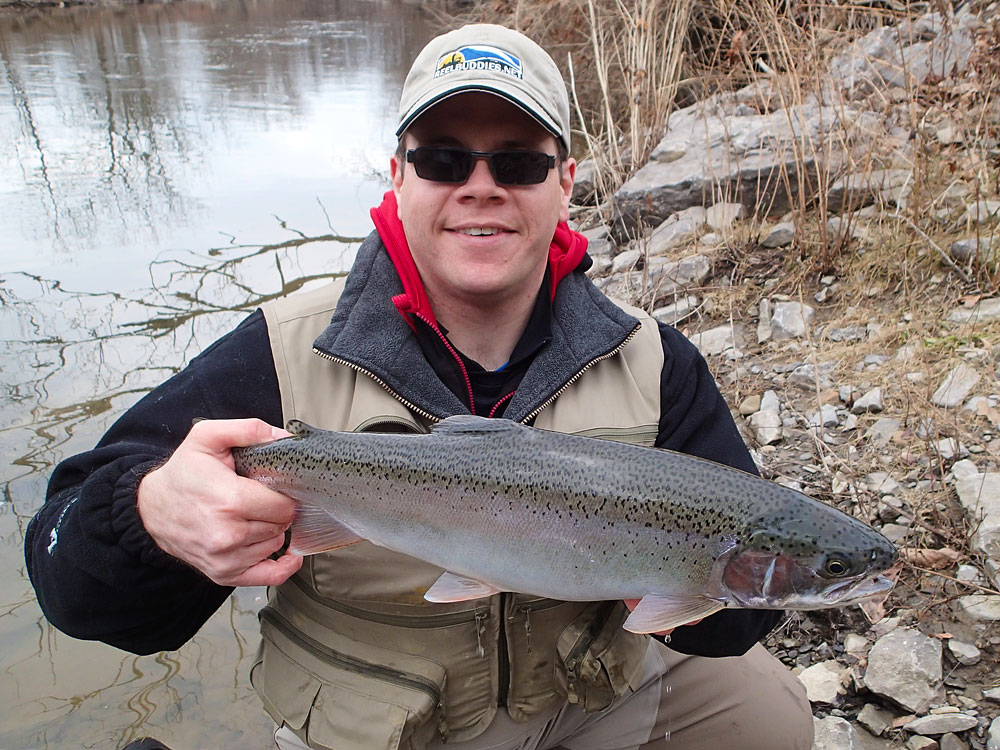 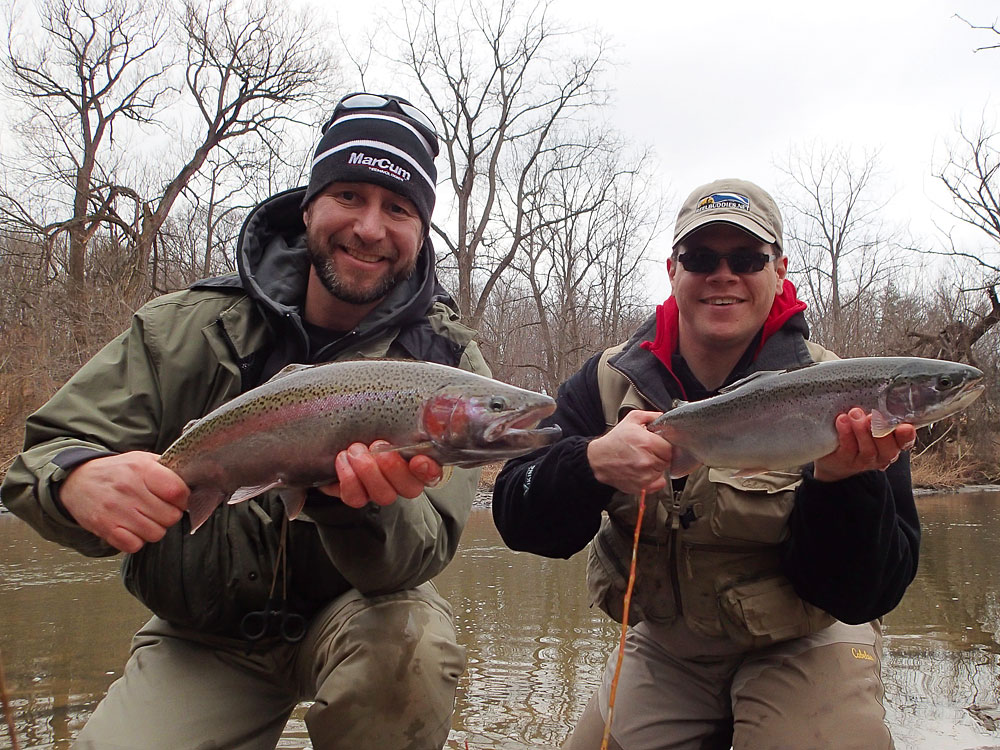 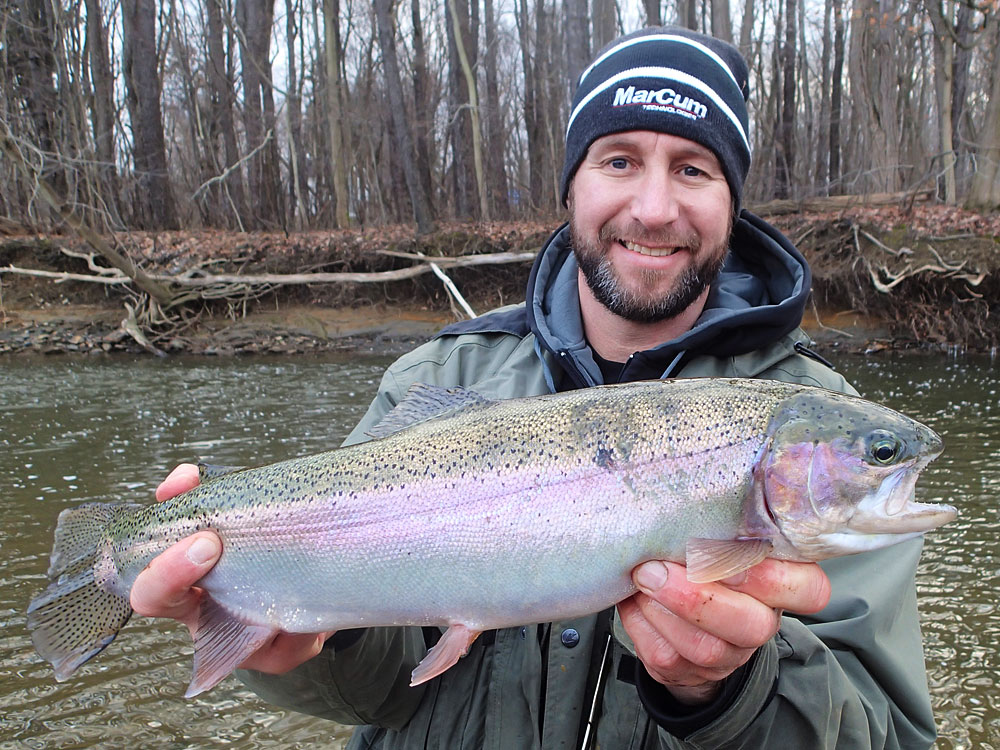 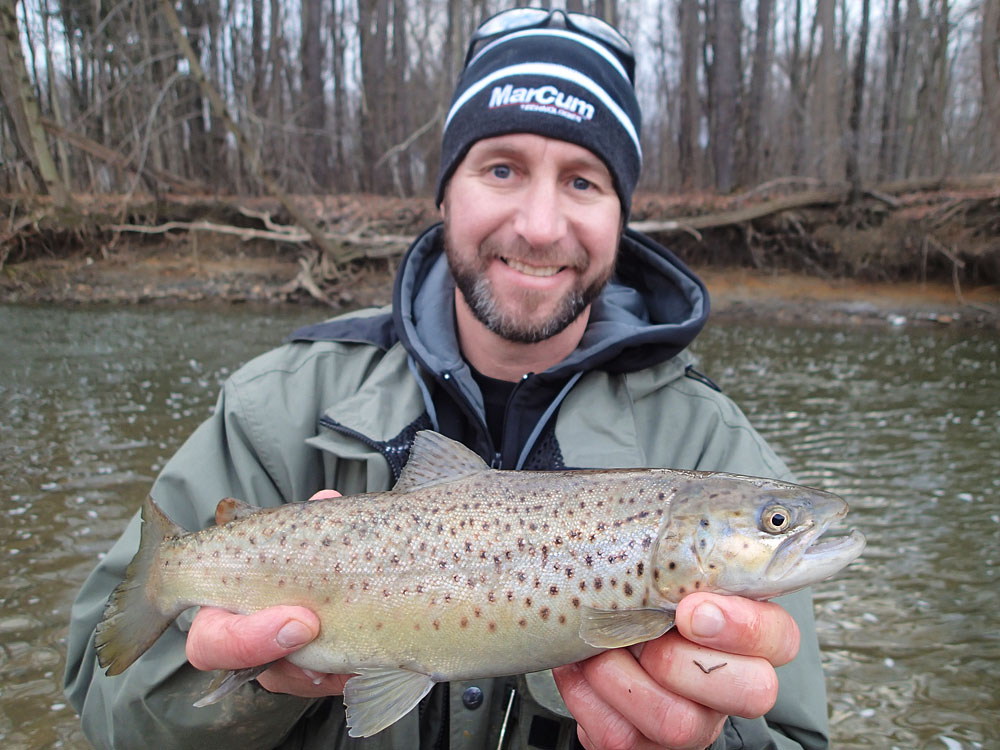 I used a 13′ North Coast Rapala float rod and centrepin reel spooled up with 8lb Sufix Siege. I had a 5 gram G1 float with staggered split shot to a micro swivel. I added a 24″ 6lb Sufix fluorocarbon leader to a size 8 Gamakatsu octopus hook. Rainbow roe tied in peach, pink, chartreuse and yellow worked well about the size of a dime. We drifted deeper pools on current seams to get bites.