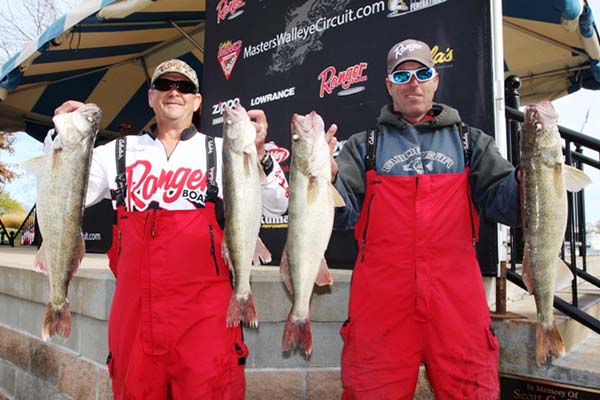 Presented by Cabela’s, the three-day event Oct. 22-24 featured the top 49 point-accumulating teams from the 2014 MWC season. Whitson and Campeau topped the talented field by bringing 5-fish limit catches to the scale each day, including a 24-pound basket on day one, 24 pounds, 9 ounces on day two, and 17 pounds, 3 ounces on day three for a 65-pound, 12-ounce three-day total weight.

“I can’t believe it,” said Whitson, of Windsor, moments after claiming the crown in front of a great crowd gathered at the Huron Boat Basin. “We put a lot of work into this and it’s taken a lot of years to get to this point.”

“It’s incredible,” added Campeau, of St. Joachim. “I wouldn’t have wanted to win it with anyone but Mark.”

Whitson and Campeau collected more than $21,000 including the $15,000 first-place cash prize, along with a $1,000 Ranger Cup contingency, $500 Lowrance Electronics bonus, $200 Okuma bonus, custom World Champions’ rings by Tight Lines Jewelry and $3,650 from the option pot.

Tournament partners for six seasons and lifelong friends, the pair claimed their first MWC win this past summer by trolling spinner rigs at the Circuit’s Bays de Noc qualifier on Lake Michigan out of Escanaba July 31-Aug. 1.

At the Championship, they tackled Lake Erie with a stickbait trolling program that hinged on running purplish, perch-colored baits as close to 1.5 mph as possible, 30 to 40 feet behind planer boards on 10-pound Berkley Trilene XT mainline. They focused on eight to 12 feet of water around the Kelleys Island and Gull Island shoals.

Rounding out the top five were:

Michael McCardle and Scott Valleskey claimed the $200 Zippo Hot Hands Big Fish Award and $200 Abu Garcia reel bonus for catching an 8-pound, 13-ounce trophy walleye that was big fish of the championship. In all, more than $100,000 in cash and prizes were awarded through the World Championship and Team of the Year race.

Under the umbrella of The Walleye Federation (TWF), the Cabela’s MWC is open to avid walleye anglers from all walks of life. 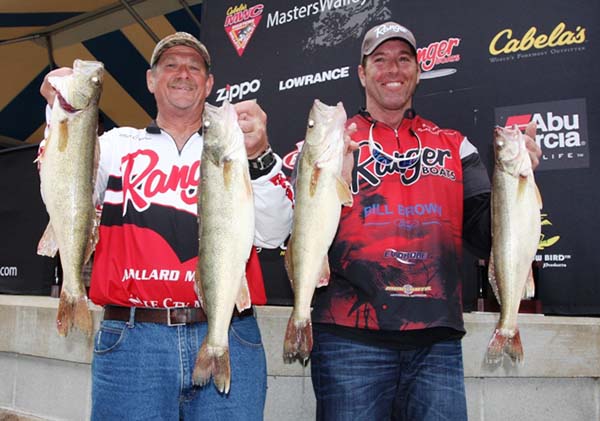 This entry was posted on Friday, October 30th, 2015 at 10:00 am and is filed under News. You can follow any responses to this entry through the RSS 2.0 feed. You can leave a response, or trackback from your own site.