Freshwater anglers can learn a lot from techniques used in catching & releasing fish caught in deeper saltwater where anglers have to take measures to ensure the fish can successfully reach their habitat depth and survive after release. Here’s an excellent article from the Florida Fish & Game.

If you’ve ever gone saltwater fishing in Florida, you are well aware of the variety of species that call these waters home. A popular target for Florida’s saltwater anglers are reef fish such as snappers and groupers. These species are fun to catch and provide a great bottom-fishing experience for both novice and veteran anglers.

There’s nothing like dropping q bait to the bottom and moments later having the bite of a lifetime. As you reel in your catch, the excitement of what this mystery fish could be begins to build.

But what if the mystery fish is out-of-season and must be released, or if you want to release a fish that has been brought up form deeper water,  there are steps that can be taken to ensure that they can be released successfuly.

If a catch has signs of barotrauma (fish could not adjust to pressure changes as it was reeled to the surface), anglers will need to take some specific steps before returning it to the water. Bulging eyes, a bloated belly, distended intestines and stomach protruding from the mouth are all signs of barotrauma, which occurs when fish with a swim bladder are pulled up from deep water (typically depths greater than 50 feet). The change in pressure can make gases in the swim bladder expand and, in some cases, cause it to burst. When a fish suffering from barotrauma is released, it is unable to swim back down to capture depth, making it difficult for the fish to survive the elements and avoid predators.

Helping a fish with barotrauma

Fortunately, descending devices may increase a fish’s chance of survival. Descending devices bring fish back down to a depth where increased pressure from the water will recompress swim bladder gases and allow the fish to swim away.

Descending devices fall into one of three categories: mouth clamps, inverted hooks and fish elevators. Mouth clamps attach to a rod and reel or handline, clamp to the mouth of the fish and use a pressure sensor (releases fish automatically at a predetermined depth selected by the angler) or a weighted spring release mechanism (lets go of fish after an angler gives a sharp tug on the line). If you’re interested, view RokLees and Seaqualizer mouth clamp videos on the FWC Saltwater Fishing YouTube channel.

Inverted hooks work similarly to mouth clamp devices, but are inserted through the hole made by the hook (view Fish Saver and Shelton inverted hook videos on the FWC Saltwater Fishing YouTube channel). Once the fish is deep enough to reverse the effects of barotrauma, the angler reels in the line and the fish swims away.

A third option is the fish elevator – an inverted container, such as a milk crate, with a rope attached to the top and weights on the bottom. This creates a bottomless cage that brings fish back down to capture depth (view milk crate fish elevator video on the FWC Saltwater Fishing YouTube channel).

Anglers should choose the device and method they are most comfortable with, that best fits the situation at hand and that minimizes the amount of time the fish is out of the water. Descending devices should only be used when fish show one or more signs of barotrauma and cannot swim back down on their own. It is essential to work quickly when using these tools and return the fish to the water as soon as possible. The Florida Fish and Wildlife Conservation Commission (FWC) is currently conducting a citizen-science study to learn more about what prevents anglers from using descending devices. 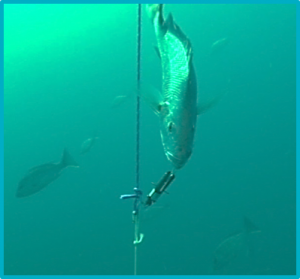 Luckily, the author prepared before his reef fishing trip and had a mouth clamp descending device already attached to a designated rod and reel to release my catch quickly. Depending on the fish’s size, 1-3 pounds of weight needs to be attached to the device to descend the fish. He attaches the clamp to the fish’s bottom jaw and gently set the device and the fish into the water, releasing line as the fish returns toward the bottom. Once it’s between 40-70 feet down, or about two-thirds of the capture depth, he give a sharp tug on the line and the fish is released. He reels in the device and weights and ready the designated rod and reel for the next catch that may need to be released.

To learn more about proper fish handling and catch-and-release methods, visit MyFWC.com/Fishing and click on “Saltwater Fishing,” “Recreational Regulations” and “Fish Handling.” Learn more about barotrauma and view videos on how to use several descending devices on the FWC’s Saltwater Fishing YouTube channel at MyFWC.com/SaltwaterFishing. For more information, call 850-487-0554 or email Marine@MyFWC.com. 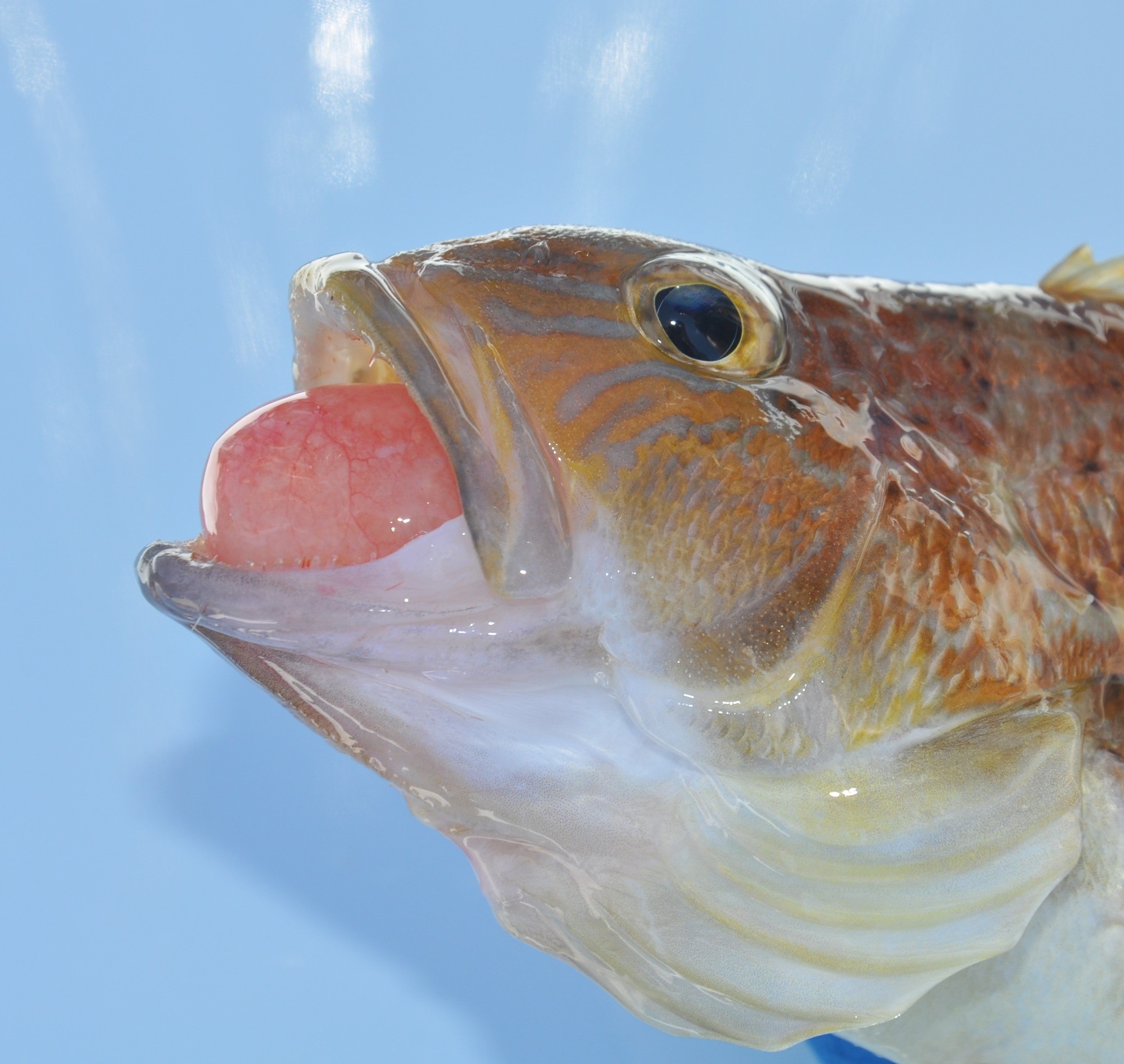