Walleye fishing continues to be good on Bay of Quinte, ON. 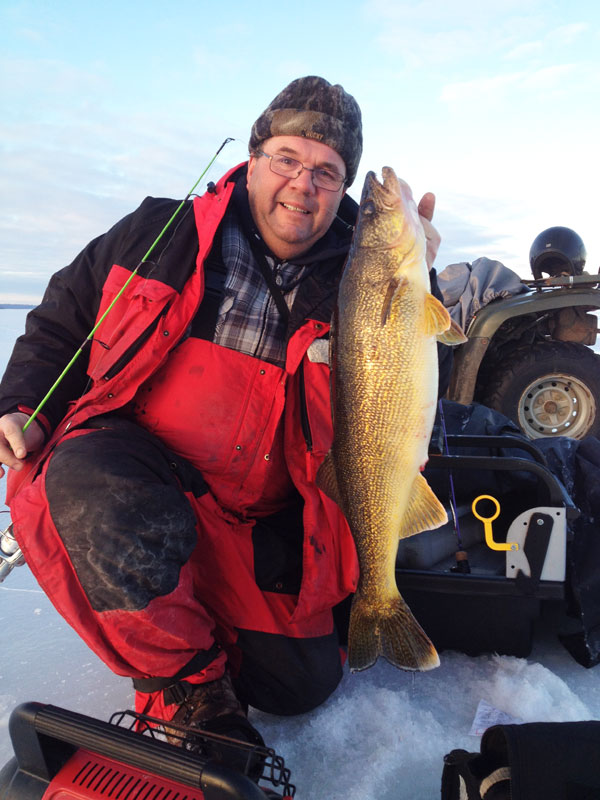 While some ice anglers have had a challenging time consistently catching walleye on the Bay of Quinte, Richard Somerville continues to catch them consistently! The key to Richard’s success is that he is on them every day and follows their migration east and west. Richard uses an ATV, portable shelter, ice sonar and the right ice fishing outfits/lures fished near the bottom.

One of his “keys” is that he starts early, at daybreak! On each outing, he also cuts several holes to cover a larger area and than systematically jigs in each one, rotating the holes about every 10-minutes. If the initial holes don’t produce, he moves about 1/2 km away and repeats the process until he finds the fish! Richard, you have the system down to a fine detail…and you consistently catch those big walleye!