I had the pleasure today to meet and fish with Mark Cherney who purchased a silent auction prize to fish with me where the funds raised went to support the Heartland Forest, Niagara Falls, ON. We met around 7am at the Fort Erie, ON public boat launch and headed north on the Upper Niagara River towards Niagara Falls.  Our strategy was to fish the current/structure breaks in 14-24′ depths since Lake Erie was already too rough to fish effectively. We both fished Rapala rods & Rapala reels loaded with Sufix 832 braid and Sufix Fluorocarbon Leaders. For our presentation we decided to fish TriggerX 4″ tubes & TriggerX Probe worms on drop-shot rigs. 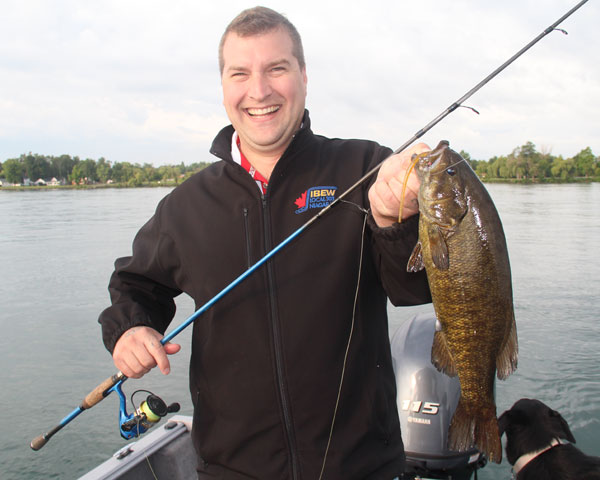 Mark started things off by catching the first smallmouth on the drop-shot rig and a TriggerX Probe Worm. 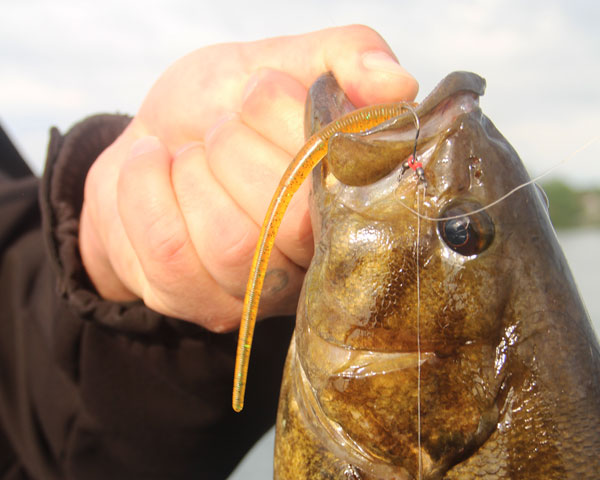 The TriggerX Probe is the ideal length and configuration for drop-shoting.  It has an amazing life-like action that bass can’t resist. 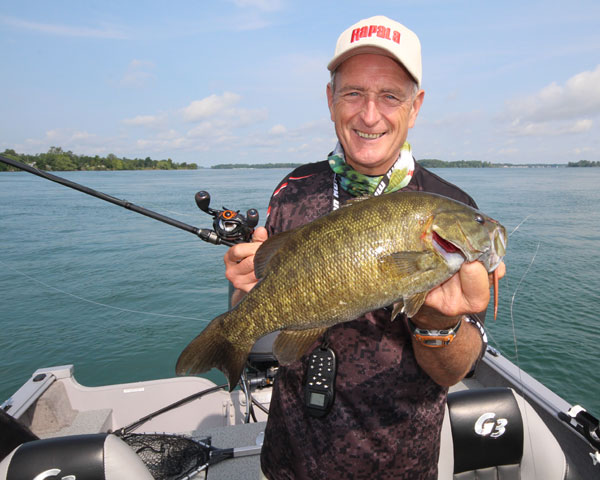 I fished a TriggerX Spadetail Worm in a two tone color and it also produced a nice 18″ smallie. We used 3/8 oz. bell sinkers and gently jigged them near the bottom as we control-drifted with the current. 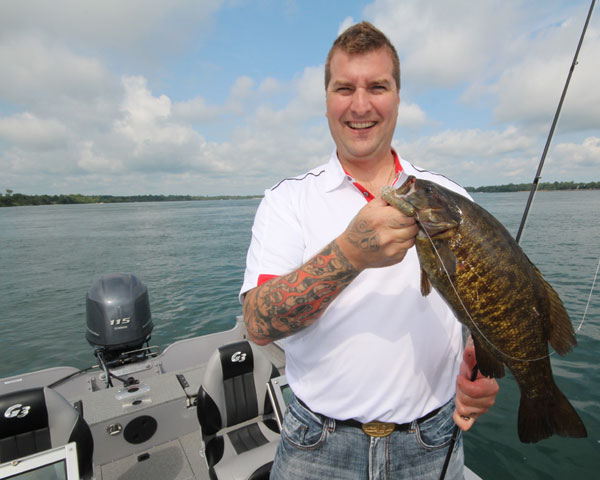 I have to tell you that it was imperative to use the Minn Kota Terrova to control the boat so that our lines were as vertical as possible and at the same time keeping an eye on our Humminbird fishfinder to make sure we were drifting the right location. 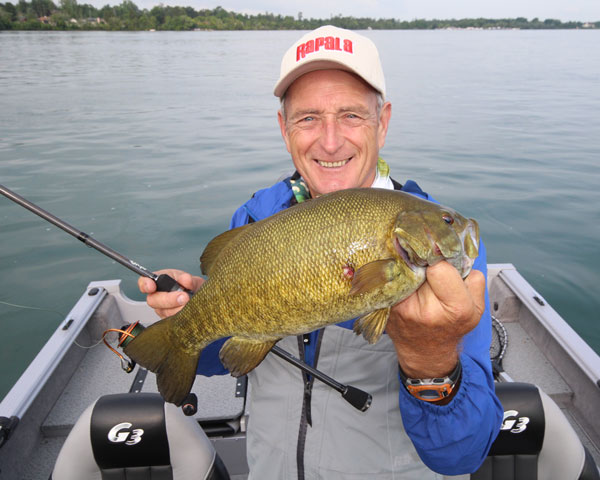 We alternated from fishing the drop-shot rig to the 4″ TriggerX tube. We had slow times and not all drifts produced more than one fish, but we stuck to our pattern. 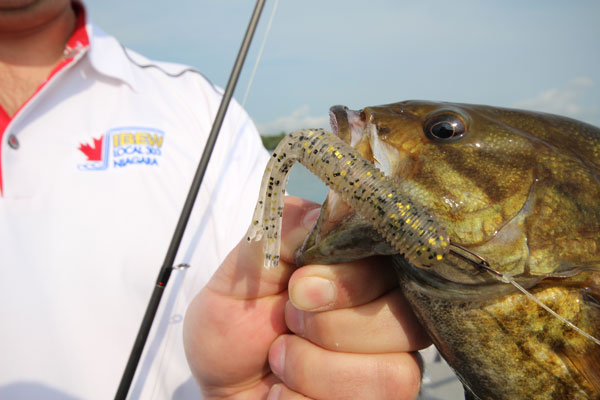 The TriggerX tubes are the ideal size and come in a variety of colors to match any fishing conditions. 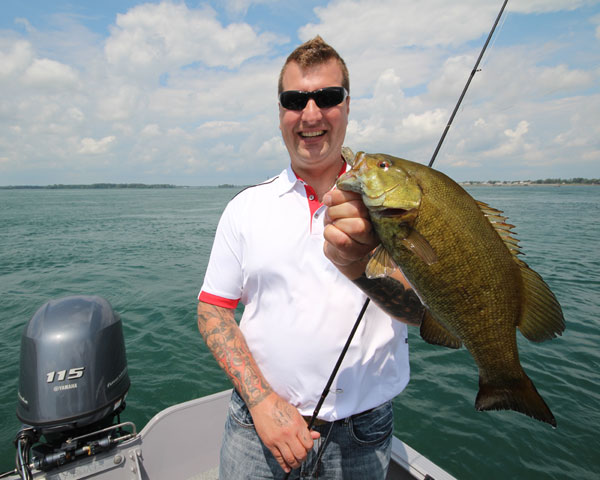 As the winds picked-up we took a break and had lunch and than again headed back to the same stretch of river. The wind was howling and there were white-caps on the river, but we continued to catch bass. 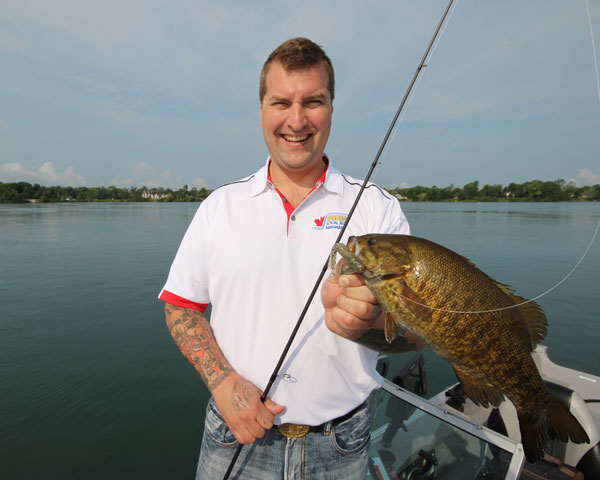 We fished for another couple of hours and landed 4-nice smallies and than called it a day. By that time boat control was very difficult since the wind was blowing cross-current and from the north (opposite the current direction). 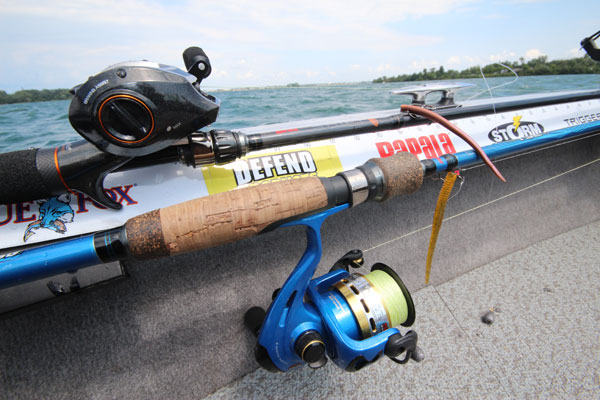 If you love to smallmouth bass fish I would encourage you to check-out the Upper Niagara river.  It’s a great alternative to fish when Lake Erie is too rough.