Unbreakable: 15 World-Record Catches That May Never Be Beaten.

So, in the realm of outdoor sports, which all-tackle fishing records may never fall? Field & Stream asked Jack Vitek, world-records coordinator for the International Game Fish Association, to share his take on the IGFA records least likely to be beaten. 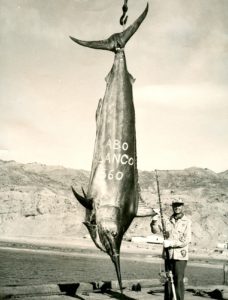 Glassell initially set the world record in 1952, when he became the first angler to catch a “grander” black marlin. He watched his record fall within days but reclaimed the title not long after that with a 1,090-pound catch. A year later, Glassell boated this 1,560-pounder, which has reigned as the world’s largest marlin for more than 60 years. Footage of the fight—wherein the big billfish purportedly soars from the water 49 times—was later included in the film version of The Old Man and the Sea. 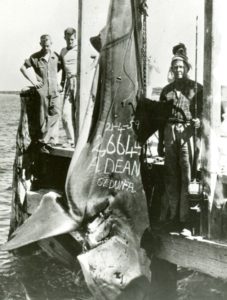 Even if great whites weren’t now protected throughout much of their range, matching Dean’s famous catch—hooked using porpoise for bait and landed in only an hour—would still be a tall order. This 1-ton wonder beat the old record by a whopping 1,596 pounds, and it’s still the heaviest-ever fish approved for an IGFA record. 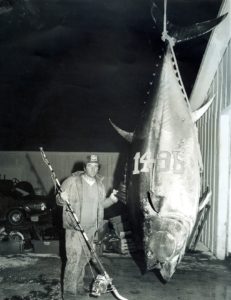 Fraser’s world record was caught off of the Nova Scotia coast, home to the planet’s biggest tuna and to some of its strictest fishing regulations. Currently, only Canadian citizens can apply for a bluefin permit for these waters, Vitek says, and the take is carefully managed. 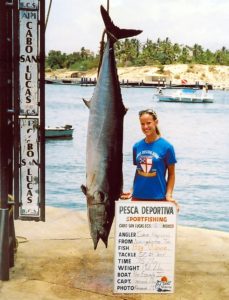 Hayward’s catch enjoys “an extremely good amount of separation” from the nearest Wahoo in the IGFA record books, Vitek notes. Given the Wahoo’s strength, toughness, and ability to cut through wire leaders—as well as the fact that anglers who pursue them must often fight sharks to claim their prize—Hayward’s record remains near-impossible to beat. 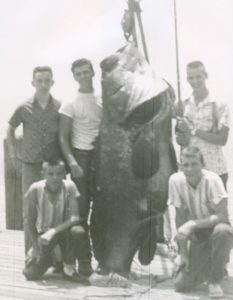 Legend has it that Joyner caught this world-record fish from a dock on the Amelia River using a homemade pole and twisted nylon cord, similar to the kind used for making fishing nets. But since Goliath Grouper is now a protected species, no one will be creating new legends of landing the fish—or rewriting this page in the record book—anytime soon. 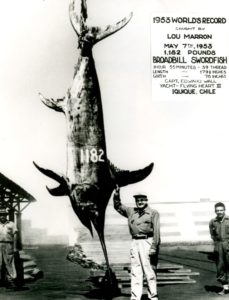 A big-game fishing pioneer and an IGFA Hall-of-Famer, Marron boated his world-record swordfish after a nearly 2-hour battle, beating the old record by 322 pounds. No one has come close to topping it since. 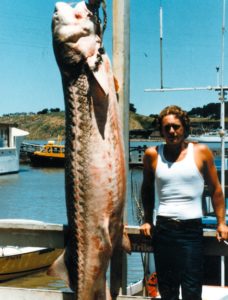 Pallotta battled his sturgeon for nearly 7 hours, even jumping onto a friend’s larger boat at one point. The 9-foot-6-inch fish was estimated to be 100 years old, and it’s still considered the largest freshwater fish ever caught on a rod-and-reel in North America. 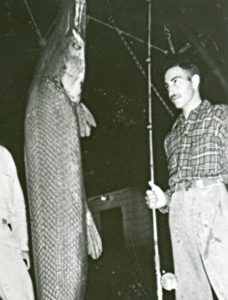 Valverde’s Rio Grande River outing got off to a rocky start when he and his companions realized, after a long hike to the river, that they’d left their bait at home. No matter: They scrounged up a few earthworms and used them to catch mullet, which they cut for bait. The world-record haul was one of several gar in the 75- to 100-pound range the trio caught that day. “The gar wasn’t hooked at all,” Valverde told Boys’ Life in 1972. “I was able to bring him in because he was holding on to the bait with those big teeth.” 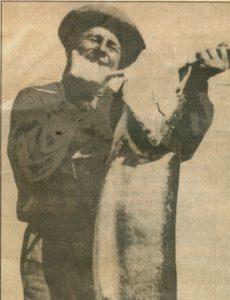 Plenty of potential record muskies have surfaced over the years (including this one), but after 67 years, Johnson’s 60-1/4-incher caught with a Pike-Oreno bait, on 30-pound-test line, still reigns supreme. 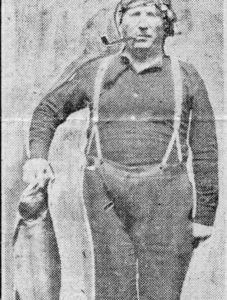 The second-oldest world record in the IGFA books, Cook’s brookie has survived a century, and that alone makes it a top contender for unbreakable status. Add the fact that it’s several pounds heavier than the next-heaviest brook trout IGFA has ever documented, and Dr. Cook’s record looks especially tough to top. 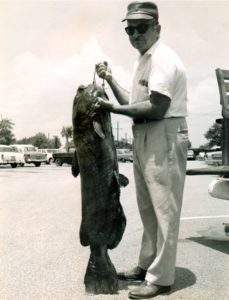 Not much is known about Whaley’s catch other than it has stood for half a century—despite that just about anyone can catch a channel cat. “It’s not like black marlin, where you have to be pretty well-off to charter a boat and spend a lot of money to chase this fish,” Vitek says. “People catch channel cats from shore.” Regardless, no one has ever registered a channel cat with IGFA that’s even within 10 pounds of Whaley’s record. 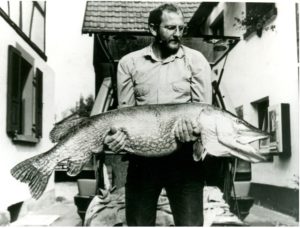 Louis bested the standing world record by nearly 10 pounds, when he enticed this massive pike to take a spoon lure, during an outing wherein his main target was, actually, carp and roach. Unable to net the fish, Louis reportedly braved the pike’s fearsome teeth and used both hands to beach it. 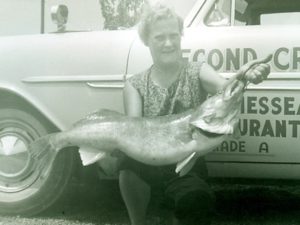 Harper has his wife, Mary, to thank for making sure that his big walleye was officially weighed before he cleaned it for dinner. In 1996, the Freshwater Fishing Hall of Fame elected to remove Harper’s catch from the record books, due to persistent questions about its validity. But IGFA—which has the catch’s original documentation—has upheld the world record. 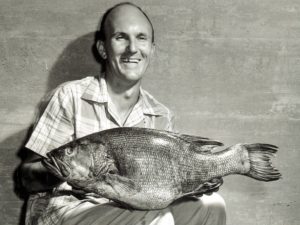 Hayes’s epic journey in and out of the record books makes for one of the most storied world-record catches in IGFA history. The original world record was bestowed to him in 1955 by none other than Field & Stream, the keeper of freshwater fishing records at the time. IGFA rescinded the record in 1996, after the organization was made aware of a 40-year-old affidavit that claimed that the fish weighed only 8 pounds. But it reinstated the record after an “intense investigation,” in 2005, which included polygraph tests that found that the affidavit denouncing Hayes’s claim had been falsified. Only one smallie, a 10-pound 14-ounce fish caught from the same lake in 1969, has ever come close to besting Hayes’s haul. 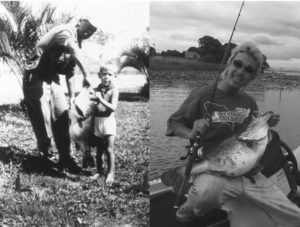 Should Perry’s world-famous catch never be surpassed, it won’t be for lack of trying: The most iconic freshwater world record is arguably the most pursued record on the planet—and Kurita almost beat it. So why include it in this list? “It may be beaten, but I think that the bass that beats it will have been grown or genetically altered,” Vitek says. “Perry’s was a native fish caught in its native territory, and there’s something special about that.” Fair enough.

It’s worth noting that IFGA lists both catches at 22 pounds 4 ounces, but Kurita’s catch is widely reported as having weighed 22 pounds 4.97 ounces. IFGA regulations require, though, that new world records weighing 25 pounds or less must weigh 2 ounces more than the standing record in order to claim the title. Thus, the record remains a tie. 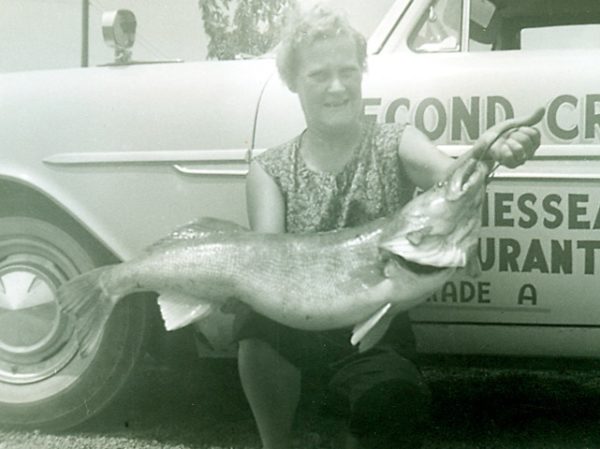