My first love growing up was stream fishing for resident trout. You know, fighting mosquitoes, brush and poison ivy to find a secluded pool or run that held that prized 8-12″ trout. It wan’t about the size, it was about the environment those trout live in and the adventure and that has not changed over 50 yrs. later. 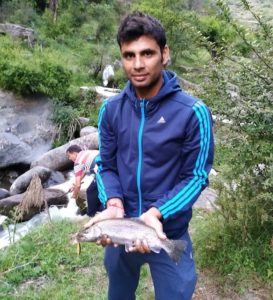 Our good friend Puneet Saini who fishes small Greater Himalayan streams has been catching a mix of resident brown and rainbow trout. The chunky fish above smashed a Rapala and during the fight broke the lip off. 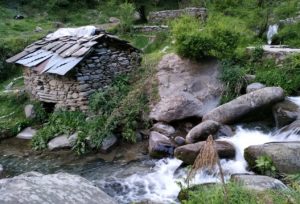 Above is the pool where he caught his biggest rainbow. Resident rainbows love to feed in fast water runs and pools. Many anglers pass by some of the faster runs because they think they’re too fast, but could be missing out on hooking some nice Rainbows. 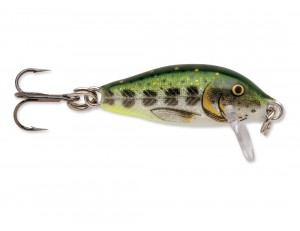 My top two lures for resident Rainbows are the Rapala  Countdown in sizes 3 & 4 (CD3 & CD4), especially in the Rainbow, Brook or Italian Minnow color. 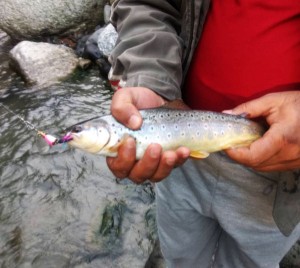 And, the Vibrax #1 spinner in gold or silver. 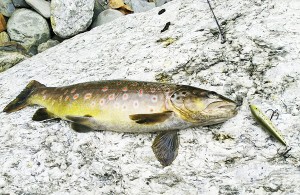 Puneet loves to use the smaller Rapala Scatter Raps.

I fish both lures casting across a likely spot or a little upstream and make sure both lures are at the right depth swimming across and with the current as I work them over potential trout holding areas. 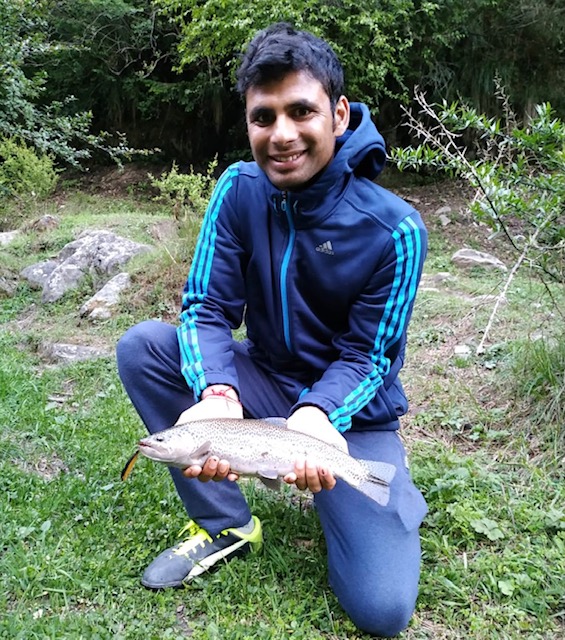