While attending the ICAST show in Orlando, Fl, I had the privilege of fishing with Helgie Eymundson and Jeff from Wild TV. As many of you know, our Canadian Sportfishing TV series and Lumberjacks TV series airs right across North America on Wild TV. 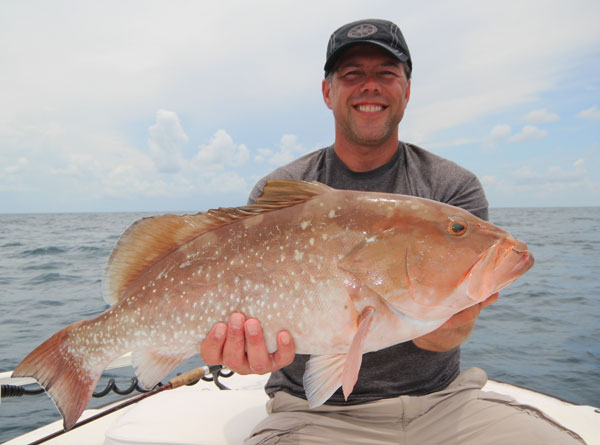 Well this was the first time for both Helgie & Jeff to experience “off-shore” fishing in the Gulf of Mexico. 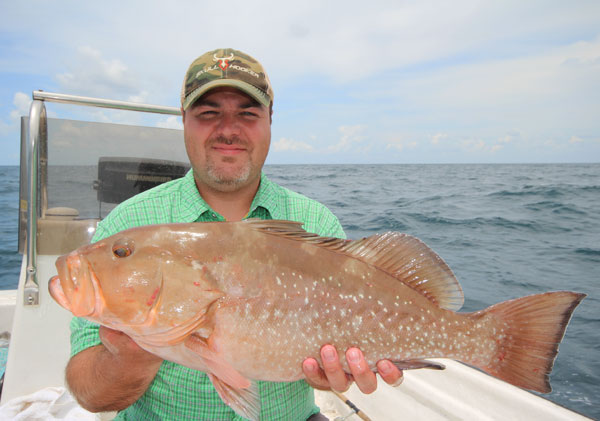 Our day started at 6am but unfortunately the winds where already blowing about fifteen knots and it took us almost two and a half hours to travel about 20 miles off shore going into waves and a head-wind. 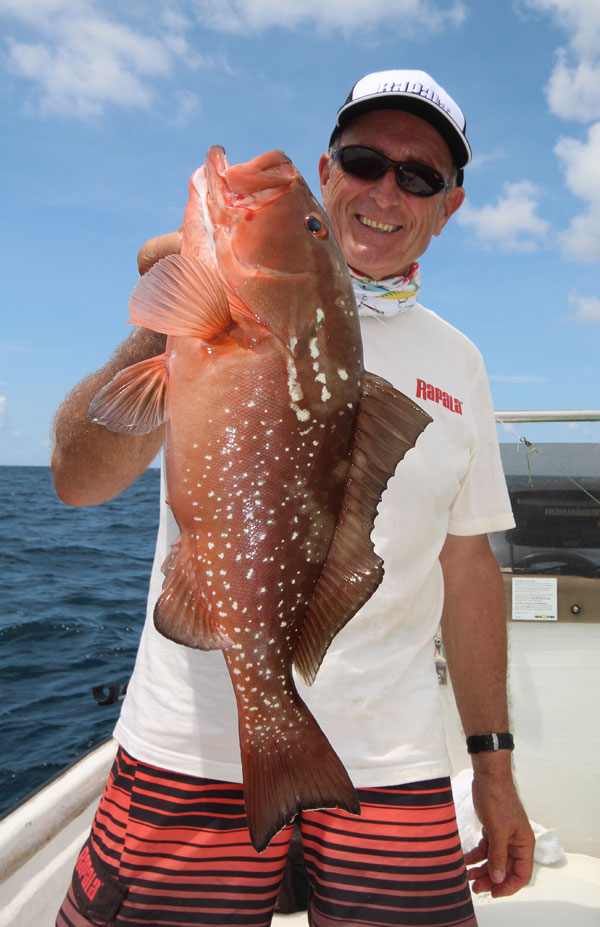 When we reached our fishing ground the wind was strong enough that I had to keep running the 115 hp Yamaha the whole time keeping it in reverse-gear to help keep our lines as straight as possible. 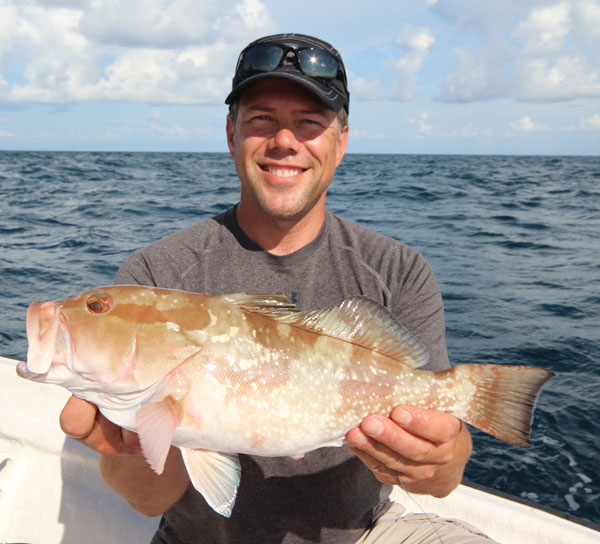 The boys started hooking up red grouper in no time and the action was so hot that a couple of times we had triple-headers on. 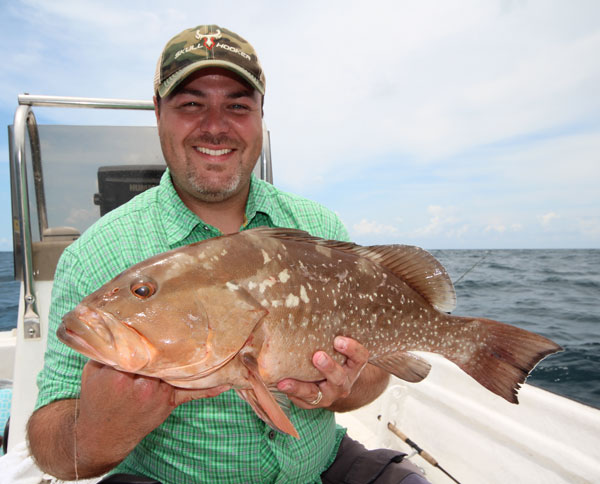 Can you tell from the smiles that the guys had a great time? We ended up landing about thirty nice grouper, one porgy, a remora, a lizard fish and several nice eating-size lane snappers. To finish the day off we had a fresh-fish feast in a tikki hut with our neighbors Izzy & Shoshana…great way to mix work with “catching”! 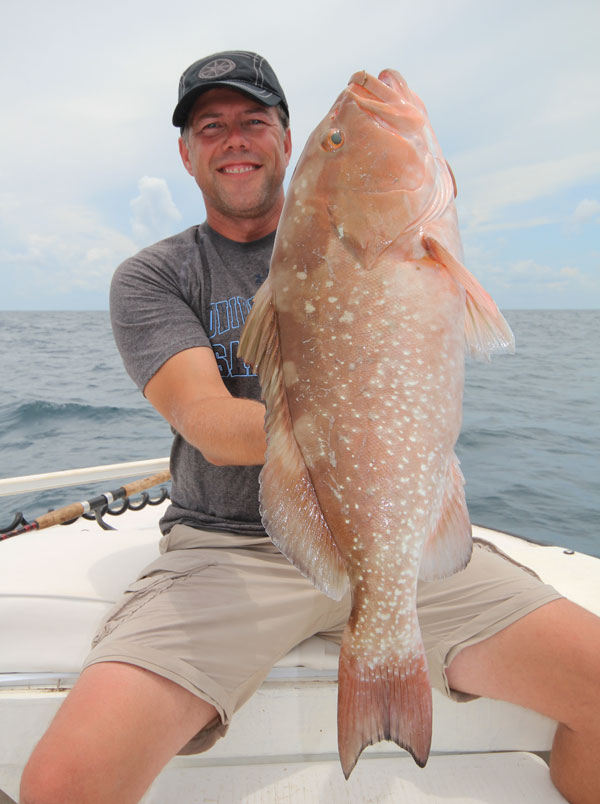