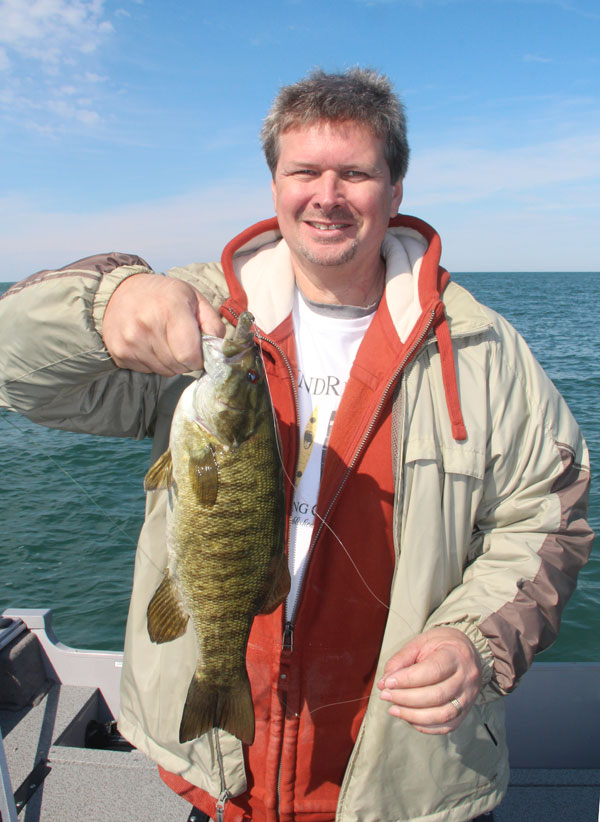 I had the pleasure today to fish with Greg White who won a draw to fish with me in support of the Defasco Anglers Club.  We headed out to Lake Ontario at 8am this morning and we were fighting out first trophy smallmouth within the hour. 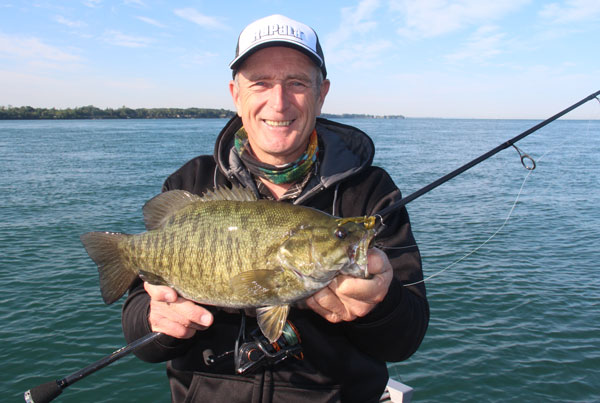 Winds had changed 360-degrees from yesterday so it took me a couple of drifts to figure out how to approach my top spot.  We again fished Rapala Shift outfits loaded with Sufix 832 braid & Sufix Fluorocarbon leaders. 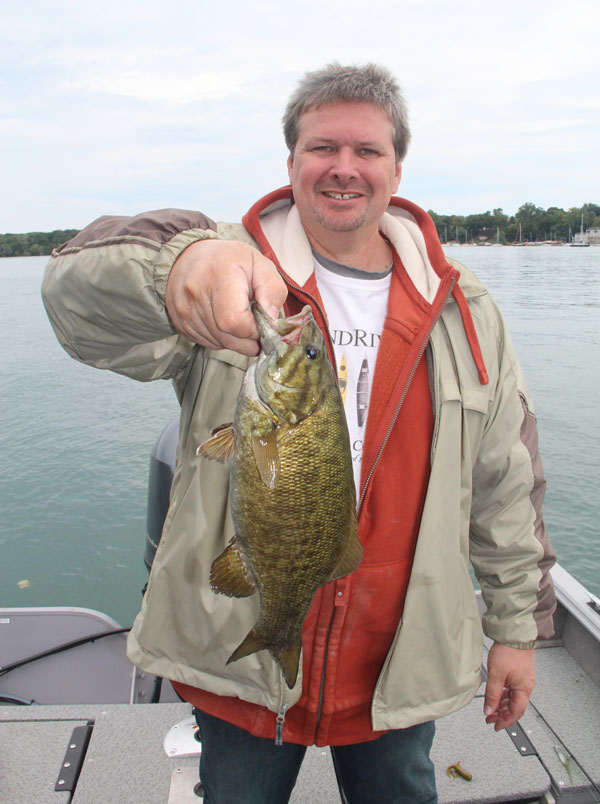 Again we had the best luck drifting TriggerX 4-inch tube with 1/4 oz. tube jigheads along the bottom in 18-25′ of water.  We also tried jigging TriggerX Minnows on a 3/8 oz. jighgead in deeper water and also caught smallmouth bass as deep as 50′. 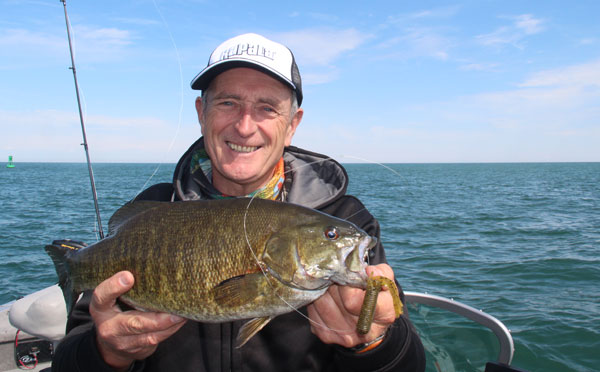 As the winds picked-up it was tougher to hold over the best spots, but we still managed to catch nice smallmouths, right up until the time we left the water.