I was out with a big group off the Bear Point area in Kempenfelt Bay on Lake Simcoe Sunday. After the New Years Day trip, we were stoked. The snow was coming down, the temps were mild and our anticipation was high. We spread out and my friend Tony and I communicated via two-way radio. The radios work great on the ice and is much better than using a cell phone. We were able to determine the deeper spot we had earlier in the week was dead, but the spot that Mitch, Johnny and I stopped at in shallower water just over 100 feet deep looked good on sonar with fish moving through.

Mitch hooked up shortly after we got set up and tussled with a nice whitefish. While I was taking his photo, I got a bite from my line that was dead sticked. Unfortunately, since I was busy taking a photo of Mitch’s whitefish, I missed the bite and it broke off my paddletail. That would be the only hit I had the rest of the morning to my surprise, despite trying all the tricks I had. I wish I took out minnows in hindsight, but even Johnny only got one bite all day on a minnow. They were extremely negative and not showing much interest on sonar at all. That is not what you want to see on your sonar! You can judge the fishes mood pretty well on sonar and see how active they are and willing to move up when reeled away. Unfortunately, we fished all over moving around in the area were fished without much luck. My friend Tony got a lake trout, and tat would be it for our group. The best depth was 112 feet with marked fish, but they were not biting. 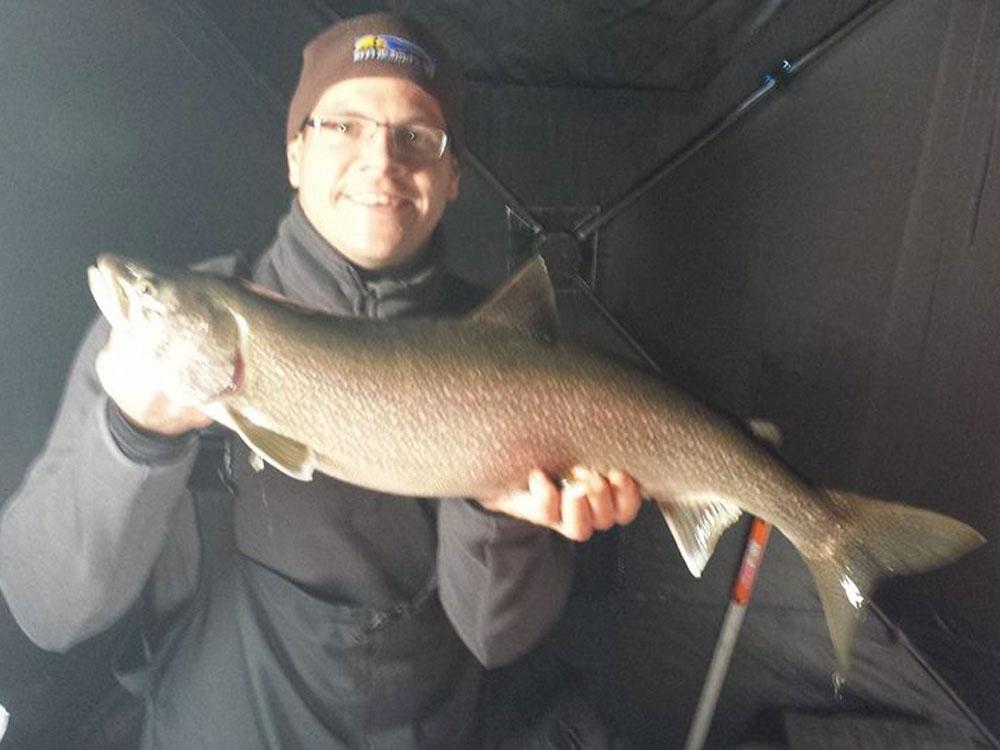 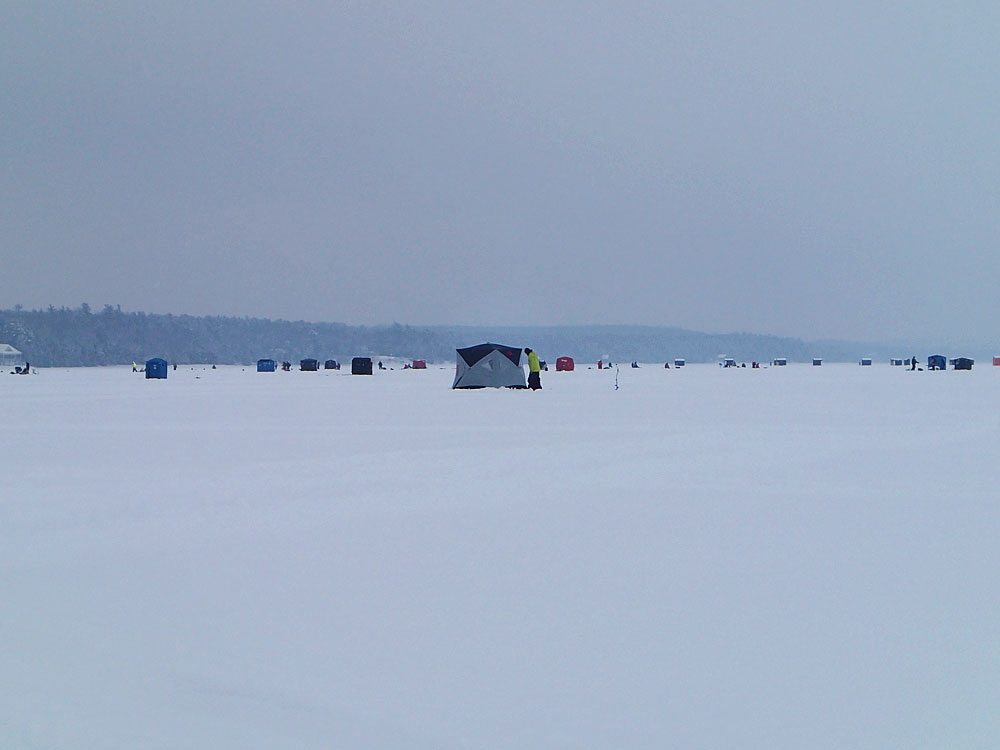 We talked to many guys that informed us the fishing was good until Sunday. Of course, that is when we showed up to fish lol. Everyone had similar stories on Sunday at Bear Point, and the amount of people fishing was staggering. I don’t know how fish swim around so many lines. I think the sheer amount of fishing pressure is taking a toll on that area. I will move to a different location next time. We couldn’t move spots in a major way as the snow was deep and made travel difficult for all of us that walk out on the ice. With more snow in the forecast, it will only get more difficult for those that walk and pull out our gear like a pack mule. The guys with machines should do really well.