Adam DeVries sent us this great update on his family fishing adventure in Tobermory, ON.  In his words; “Just thought to give you an update of my fishing experience this year at the cottage in Tobermory, ON. For starters the cottage was amazing, and great family time, the kids really had a blast, Emma our oldest loved jumping off the dock and catching fish. 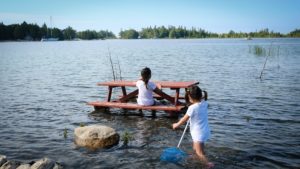 When we first arrived I noticed how high the water was. This picnic table was on rocks before along with a fire pit, now it’s almost entirely under water. 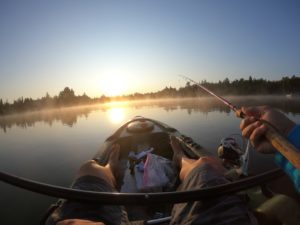 Priory to vacation I recently picked up the Raymarine Dragonfly4 which I was excited about. I started my fishing early, with the kids. it’s usually the best time for me to go, since the little ones are still in bed, plus I love this time with the mist on the water, it’s so calm and peaceful. 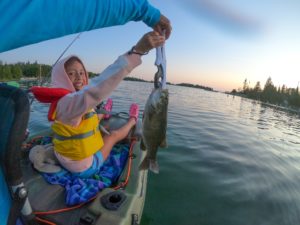 I started off shallow, and used my Vibrax spinner. I hit the spots I usually had success but had no bites. I found it strange, so I moved to other spots more shallow and nothing. I thought maybe it’s the spinner maybe try brass instead off silver and still nothing. I even tried different retrieval speeds and no luck. 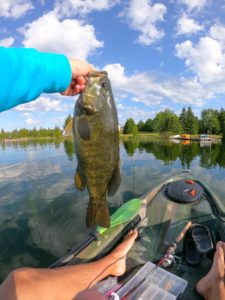 Later on in the day when the sun began to come up I switched to “wacky worm” rig. Usually I Texas-rig but thought to rig up wacky cause I’m a wacky guy! 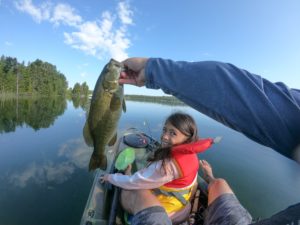 Finally the bites began, all in and around the weed beds. The weeds I was fishing were only in 10 feet off water. The water was clear so I made long casts.

I did have luck with white spinners, just made long casts and slow retrieve.  I liked them since it didn’t get hung up in weeds. I also tried tubes, they seem to follow them but just didn’t end up biting them!  Maybe it was the size I used (4 inch). I think if I tried 3.5 or smaller it would have helped but hey who knows? In the morning I did try poppers but no success. I think they would have worked well if lily pads were around, or near them but all the vegetation was deeper under water, and no luck on the surface.

Another thing I noticed was water temp stayed around 72 degrees. This may have effected things, especially pike. All in all we had a great family adventure!!” 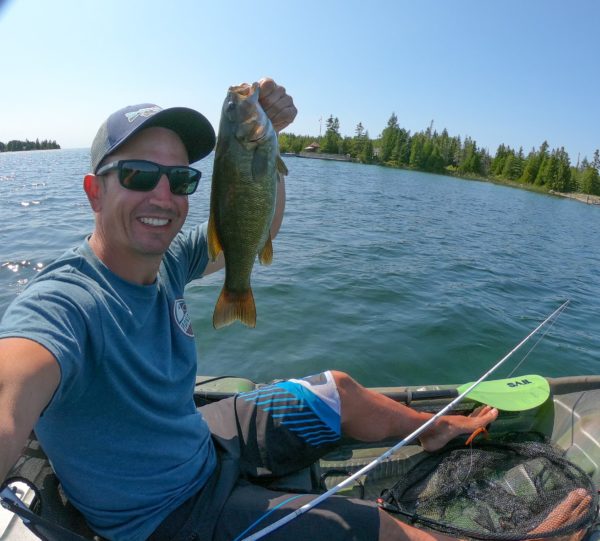