I have had a passion for steelhead fishing for 45 yrs. That passion started fishing for small resident trout in the headwaters of the Lake Ontario tributaries east of Oshawa, ON. Then, as rainbows (steelhead strain), stocking began, I switched to targetting those much larger and excellent fighting fish. I have seen many changes over the last 4 1/2 decades and one of the saddest is the decline in steelhead numbers that have been stocked since I started fishing for them in 1974. 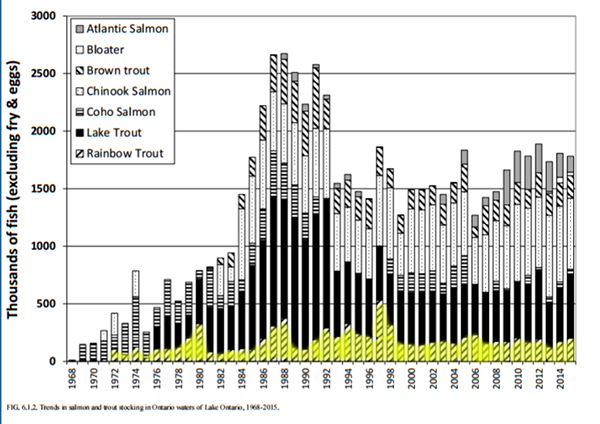 You can see from the graph above that stockings were up and down from 1974  onward and that some of the best stocking years were from 1990-98. I remember those years when almost 10,000- 14,000 steelhead would go up the Ganaraska River, ON river alone. In 2016 the number was 6,000 steelhead. You can see though that form 1998-2015, stocking have consistently been lower. Each year I tell people that it’s getting tougher to experience quality steelheading on our Lake Ontario tributaries and that the window to experience that seems to be getting shorter each year. It’s clear from the above chart that steelhead are low-priority on the stocking mandate and all the other coldwater species are above them! (statistics provided by Lake Ontario Fisheries Management Unit, 2015 report) 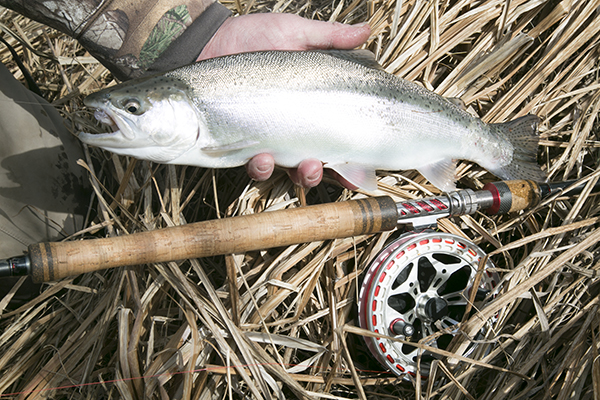