The biggest Golden Mahseer in recent past 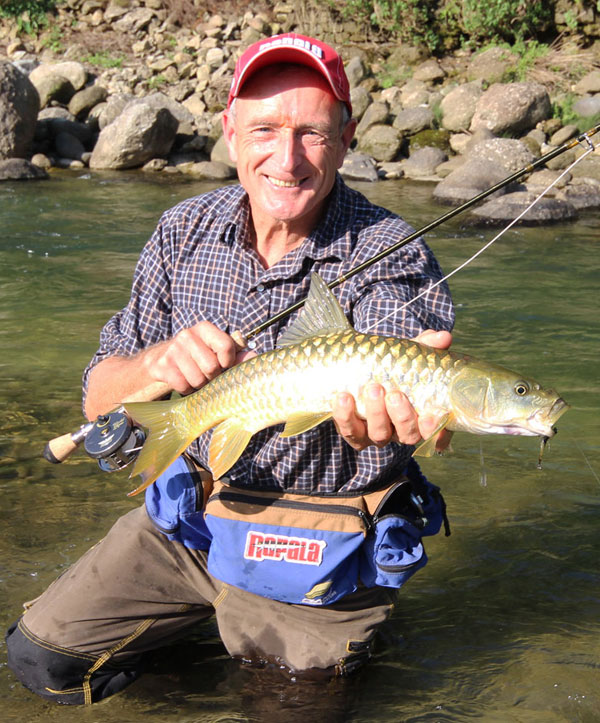 Joe is something of a legend in the small world of mahseer fishing. He’s been in the angling press and the picture walls at the Jungle Lodges feature many shots of him and various huge fish. He also holds the best mark for the biggest Deccan Mahseer in the last decades, a 70 lb specimen caught mid January 2011. The Deccan Mahseer (Tor khudree) was introduced in the Cauvery River in the 1980s and the population develops very well. 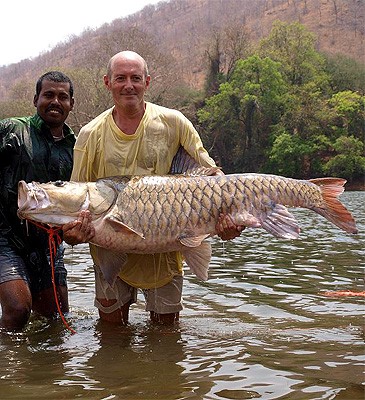 This entry was posted on Monday, January 9th, 2017 at 11:30 am and is filed under News. You can follow any responses to this entry through the RSS 2.0 feed. You can leave a response, or trackback from your own site.