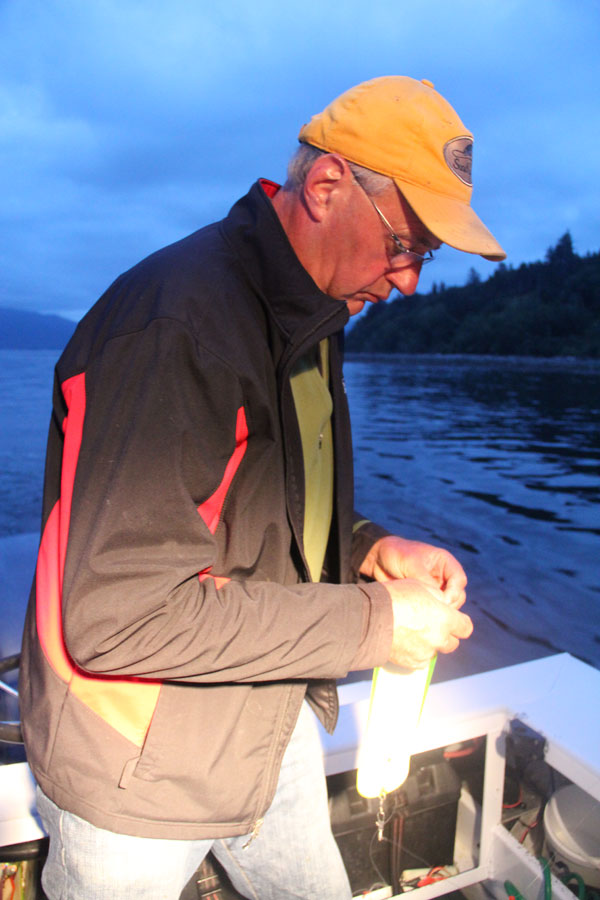 On Day 2 of our Sund’s Lodge, BC TV shoot, we decided to start a little earlier around 5am to get to the grounds where we knew we could hook into some trophy Chinook salmon. 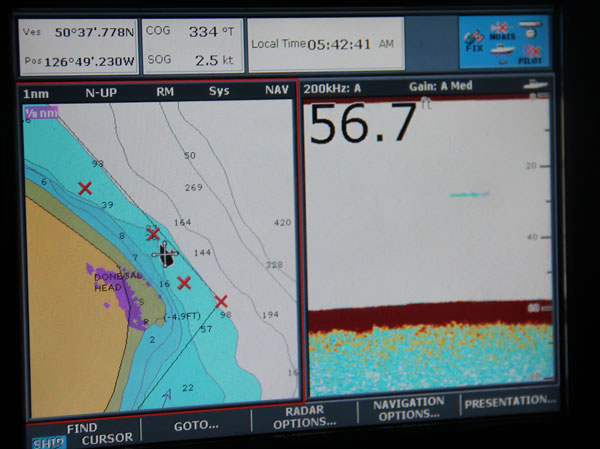 The guides at Sund’s Lodge rely on their fish finders for navigation and also for marking and finding key structure/tidal current breaks where a mix of Pacific Salmon like to feed. 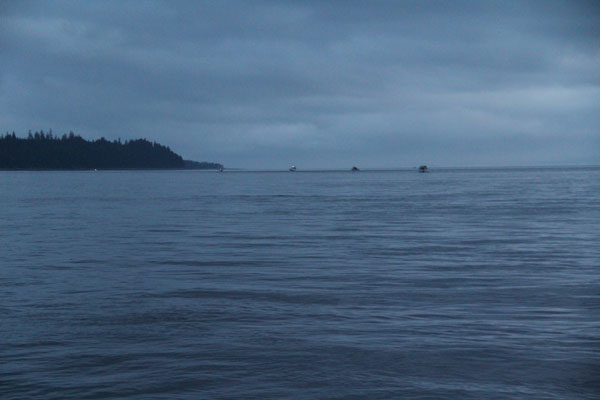 As we approached our spot we could see we were not alone.  Word get’s out quick, especially with local anglers of where the salmon are feeding and the action is usually non-stop. 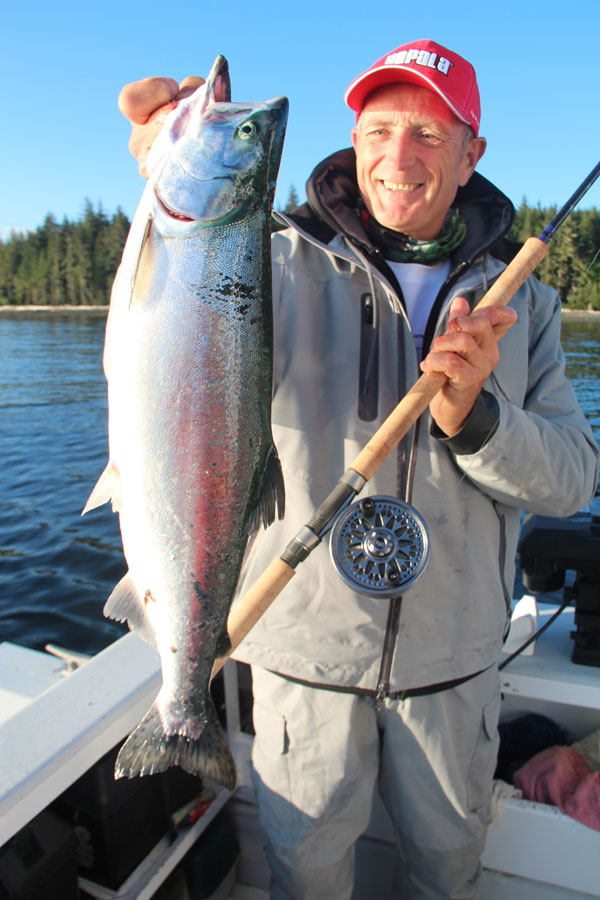 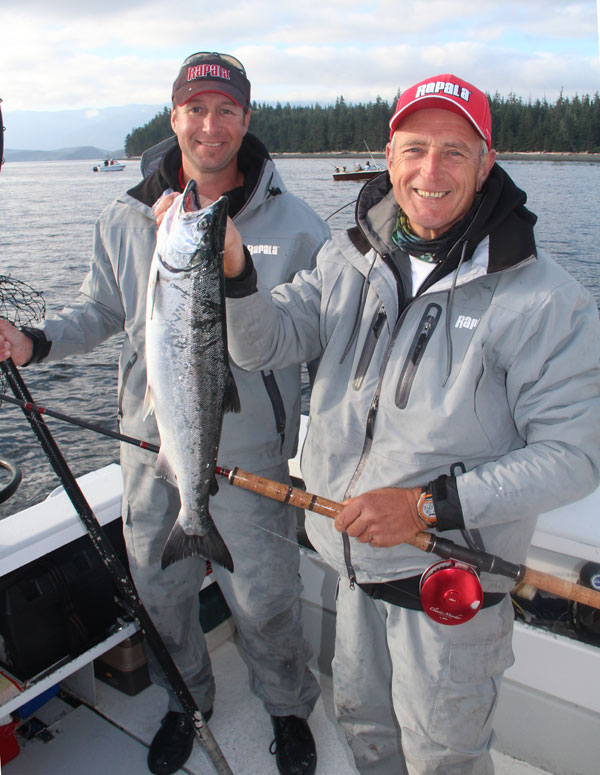 The Coho’s are aggressive and hit the same flasher/rigs as do the Chinooks and sometimes they are so plentiful, it’s tough to get to a Chinook before a Coho hits! 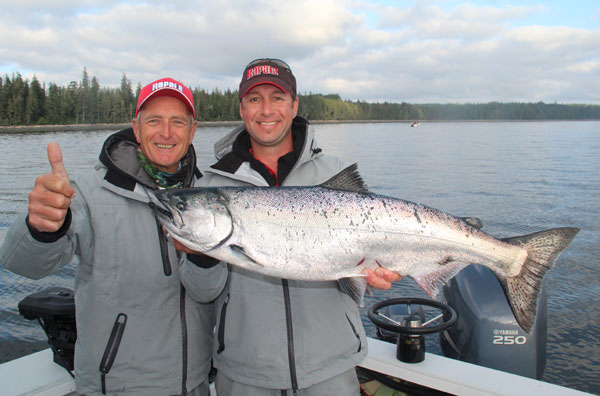 After about a 1/2 hr of trolling we hat several hits from Chinook salmon that did not get hooked, than all of a sudden, one of the Rapala mooching rods started pumping and the drag stared going out…..we had our first Chinook on.  After an excellent fight that included several jumps, Aaron landed this trophy chinook. 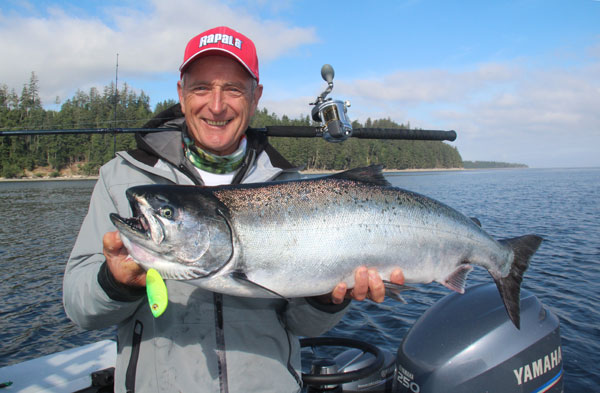 Shortly after Aaron landed his Chinook, I was fighting a nice fish which we landed after another lengthy battle. 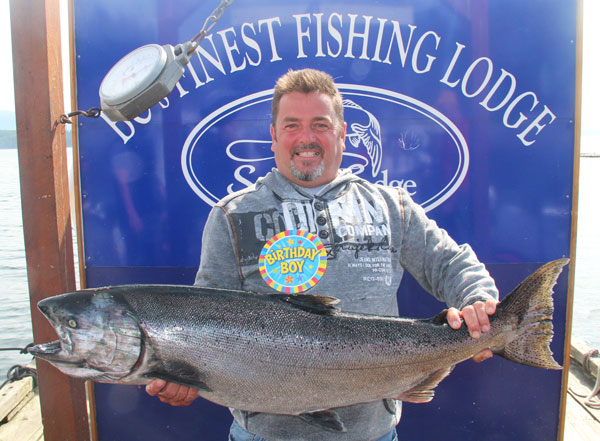 It was nice to see one of the guest (and our friend), Jeff landing the largest Chinook which turned out to be a “Tyee” weighing 33 lb.  Not only did Jeff catch the largest salmon of the trip, but he also did it on his birthday!!

If you would like to enjoy a wonderful BC Coastal fishing adventure, make sure to contact Sund’s Lodge, Malcolm Island, BC.