Many of us have experience trolling for walleye on Lake Erie, jigging in open water for bass and walleye, casting crankbaits for a variety of fish and you hook-up a nice fish and it turns out to be a freshwater Drum. 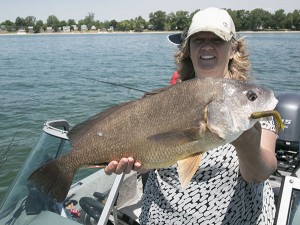 Fresshwater Drum also referred to as “sheepshead” by many Great Lakes watershed anglers are one of the most common fish in our freshwater. They are very versatile feeders predating along the bottom, suspended in deep-water at mid-depth and also feeding close to the surface. No wonder so many anglers tie into one by mistake. The one thing that is true, they give a pretty strong fight bull-dogging it and heading towards the bottom and making several runs before giving up, especially in deep or fast water. We most often hook-up on Drum jigging for a variety of “other” freshwater gamefish. 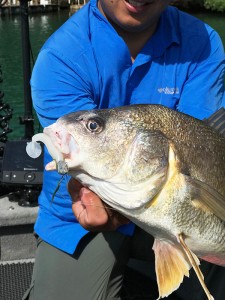 Peter Yeung knows first-hand how much fun these fish are to catch. One of these days were’re going to have a catch & release “Drum-competition”! 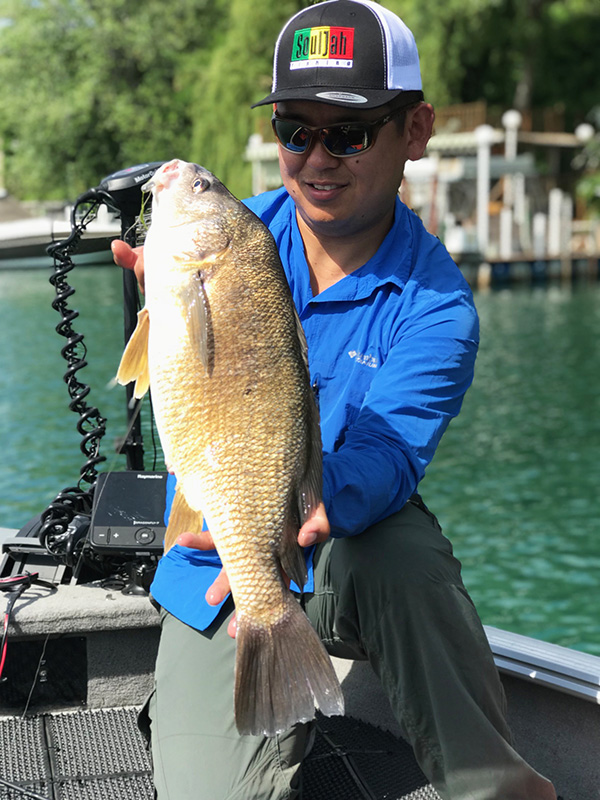