I had a chance to finally get out on Erie with good friend Brian Sokolich and join about 20 other boats to see if the walleye were still schooled up at the eastern-basin of Lake Erie. As everyone knows, we have had a week of stormy weather, strong winds and rain. 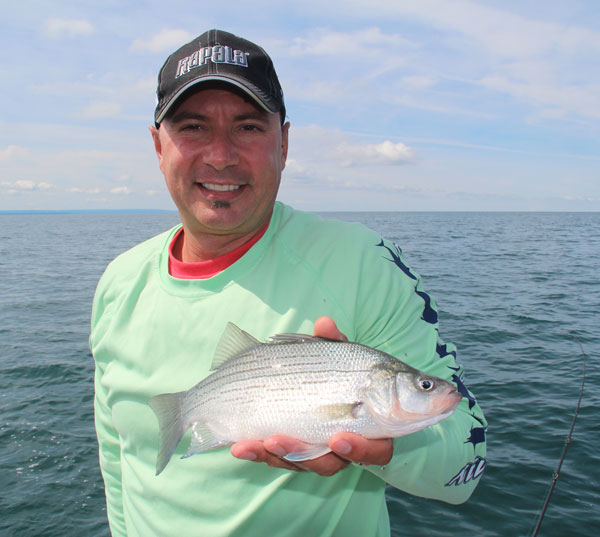 Unfortunately the walleye were not where they were a week ago but instead the sheepshead & white bass moved in the same area. 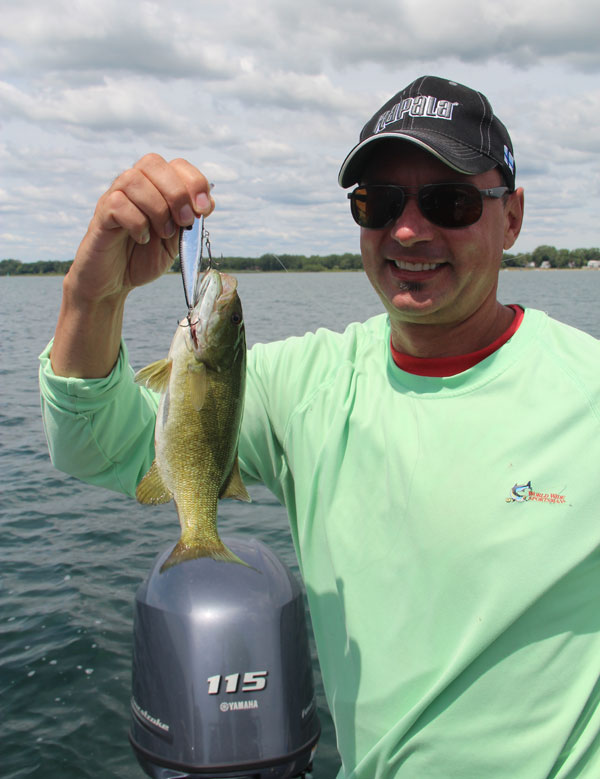 We even tried smallie fishing on some in some of the areas we caught fish before the storms moves through and saw quite a few follows, but only hooked this small fish. I have found over the years that it takes at least 2-3 days of stable weather for the fish to get back to a reliable pattern.