Dedicated anglers that pursue both walleye & bass into the fall know that as water temperatures start to drop, open-water schooling baitfish like Gizzard shad & Alewife often move into shallow water by the millions to feed. If you get a chance to fish the Bay of Quinte in the fall, the baitfish can be so thick that they come flying out of the water when you drive through them and on a fishfinder they can appear like a giant black mass sometimes 20-30′ wide and 50 yds. long. 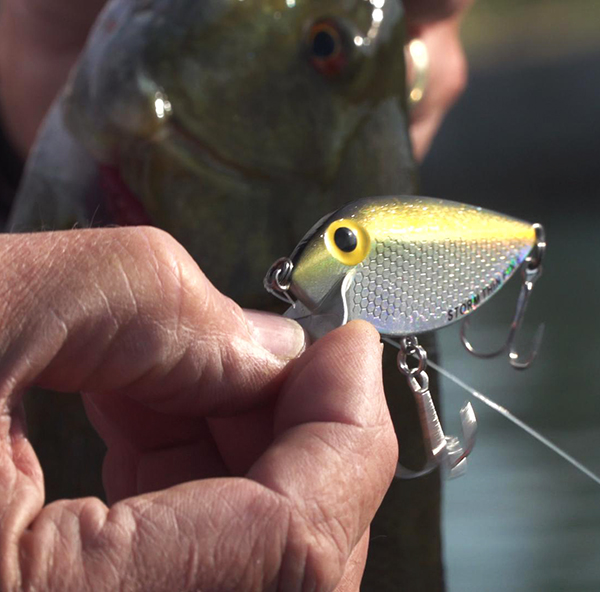 While most anglers either troll or cast traditional crankbaits many have overlooked the Storm Thin Fin which had the same body profile as the baitfish above. The Thin Fin does not run deep, so to reach suspended fish, especially while trolling a diving device or downriggers need to be used. I just cast it along the weedlines where I have visually seen baitfish on the surface and it works extremely well! 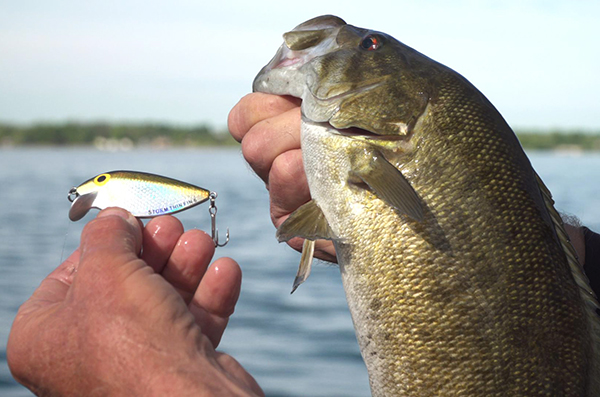