As steelhead reside in tributaries longer and get closer to spawning they use much energy on their migration and when hooked, give it their all during the fight. If you are planning on releasing the steelhead you have just hooked here are my thoughts on increasing the fishes survival rate when released and some great images provided by Matt Cory of TopSet Sportfishing on excellent “keep em’ wet” techniques. 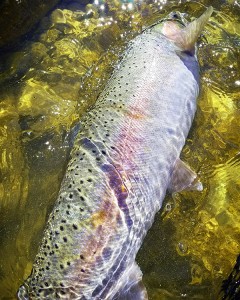 1. Don’t fight the fish out to “exhaustion” stage. Try to get it in fairly quickly without breaking your line or pulling the hook out.

2.Keep the fish in the water. If you use a net, use a soft-mesh, plastic coated net. make sure the net is wet when netting the fish and keep the net/fish in the water while unhooking and releasing. 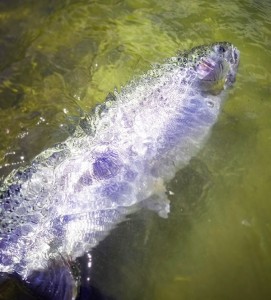 3. If you don’t use a net, avoid “beaching” a fish on land. When the fish is ready, try and suspend the fish by the belly in the water, or gently hold it by the caudal peduncle (where body joining tail) with a wet hand only. NAvoid letting a fish roll in the dirt or sand. 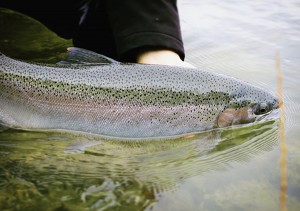 4. If the fish has fought hard, or water temperatures are warmer, make sure to revive the fish by letting water pass into it’s mouth and out it’s gills. Try and do this away from silt in clear water with a medium current. 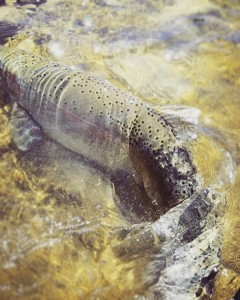 Making these extra efforts ensures the steelhead you caught and released will have the highest chance of survival. 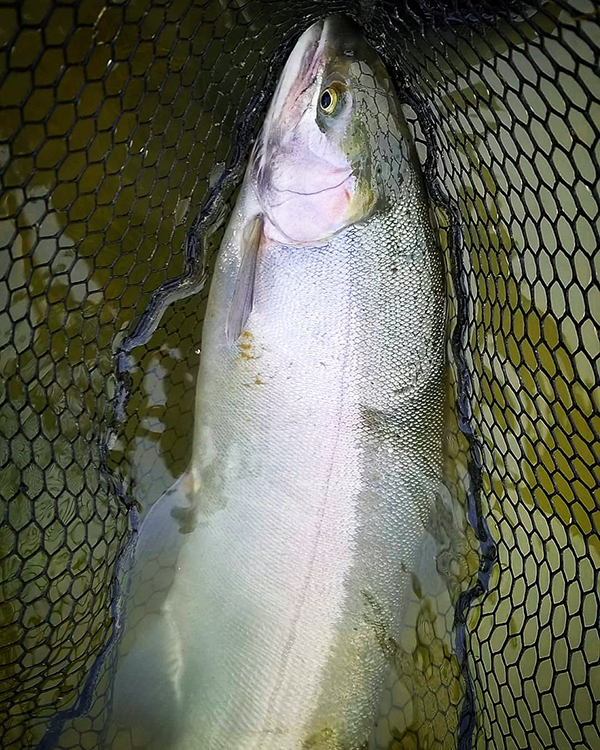