Tracey John Hittel reports. Back again for the Steelhead challenge, it’s been a really good week many bites, great catches; a really nice grab in this pic. 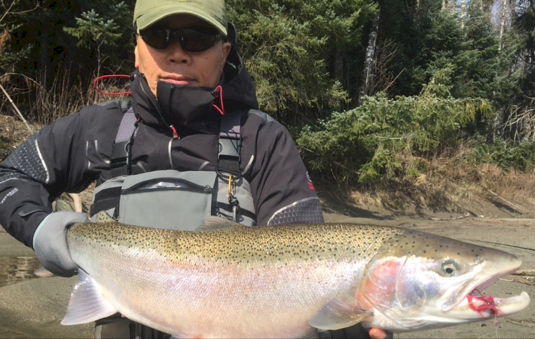 Another week and Mr. Kim from South Korea landed this pair of male Steelhead on his Spey rod. First Steelhead trip for Kim and 38 inch length on these beautiful creatures, very healthy and all catch and release. 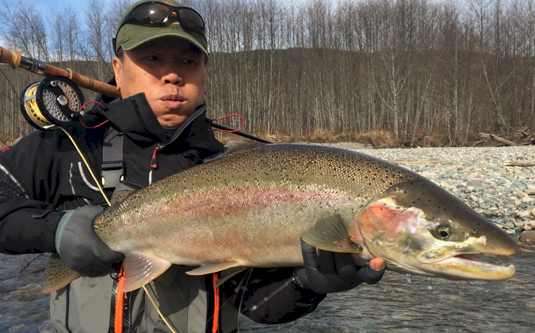 Master rod builder and Spey Caster, Hiroshi landed and had many bites this spring and using his O-Rex, 7wt rod was put to the test fishing for wild ocean running Steelhead, minutes from the ocean. 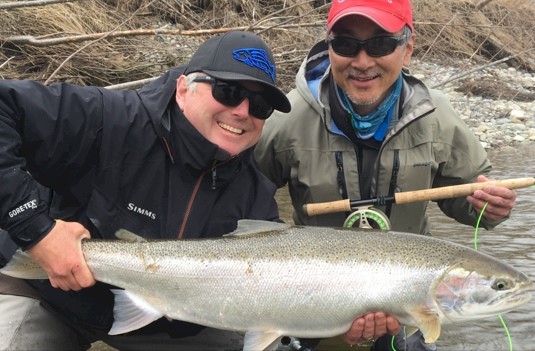 The Fisher boys from VI arrived and fished the Easter weekend with us, Gerry having a great time landing Steelhead on a pair of local rivers and James posing with the Steelhead. 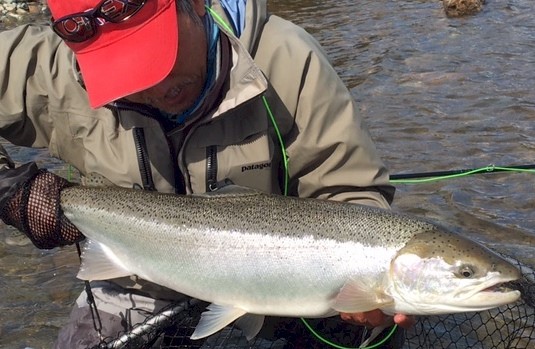 James and Gerry Fisher slamming some local Steelhead. No words can say the serenity of this fishery. Below is a nice Steelhead caught by Hatcho, first trip in April, Hatcho has landed numerous Steelhead in October and wanted a spring trip, not to mention his vintage Hardy Reel came apart during the battle with this fresh sea run Rainbow.

If you love steelheading you can contact Tracey John Hittel at, tjhittel@telus.net to book your world class trip! 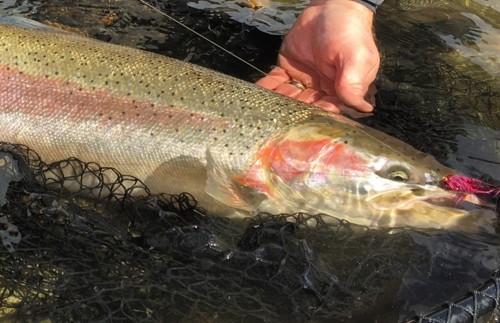 This entry was posted on Friday, May 12th, 2017 at 11:00 am and is filed under News. You can follow any responses to this entry through the RSS 2.0 feed. You can leave a response, or trackback from your own site.