When waters start to clear up and drop in levels and steelhead drop back to deeper pools they can be tough to catch on roe bags.

Bill Selby knows that this is an excellent time to drift flies like nymphs under a float.

Bill ties his own flies and likes to refer to them as “steelhead-bugs”. His “bugs” are unique because they are larger in size then the real invertabrates, they have stiff and flexible legs and when suspended under a float, they remain horizontal.

By swimming horizontal under the float a mere twitch of the float gives his bug a very tantalizing action even shy steelhead have a hard time refusing. 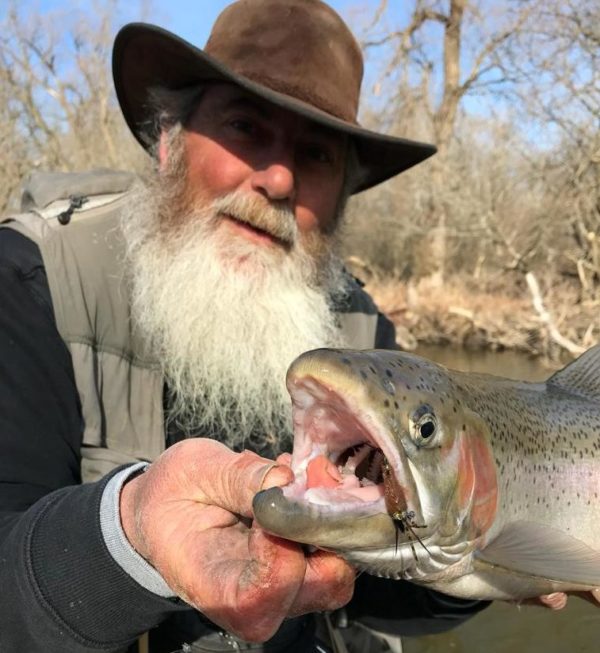