I got out for an afternoon of stream fishing with a friend of mine Mike today. We had a lot of fun in the short time we were out and hooked and caught a bunch of nice steelhead, and one brown. The conditions on many streams and rivers around the Great Lakes are starting to shape up finally, and the ice is melting away. Fresh runs of steelhead are only just starting to enter the tributaries, and the fishing can be explosive. Float fishing with roe is a good bet this early in the year, but other presentations are also working. Fly fishing beads and stone flies as wll as streamers and woolly buggers are working well. Float fishing roe, TriggerX eggs, beads, pink worms, jigs and stone fly nymphs are working well. 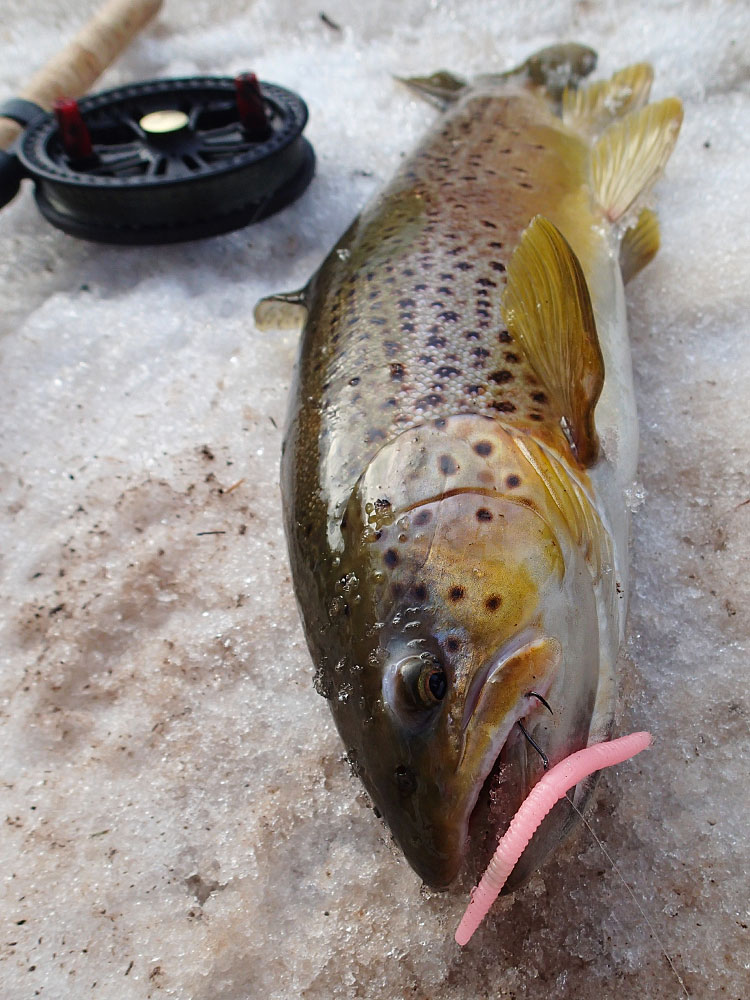 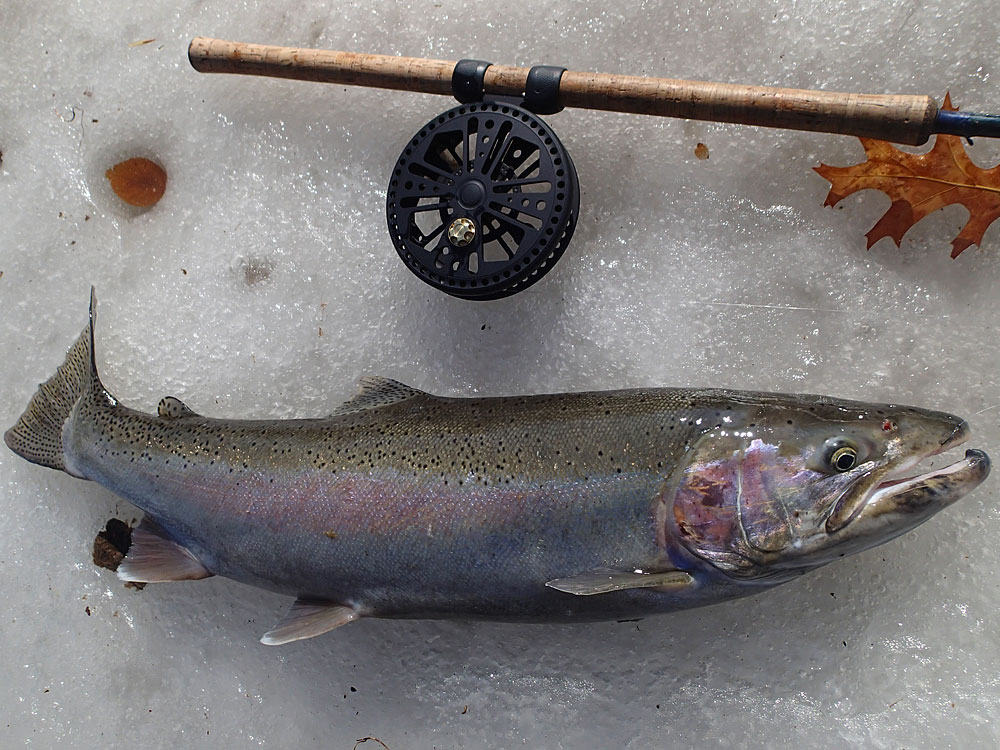 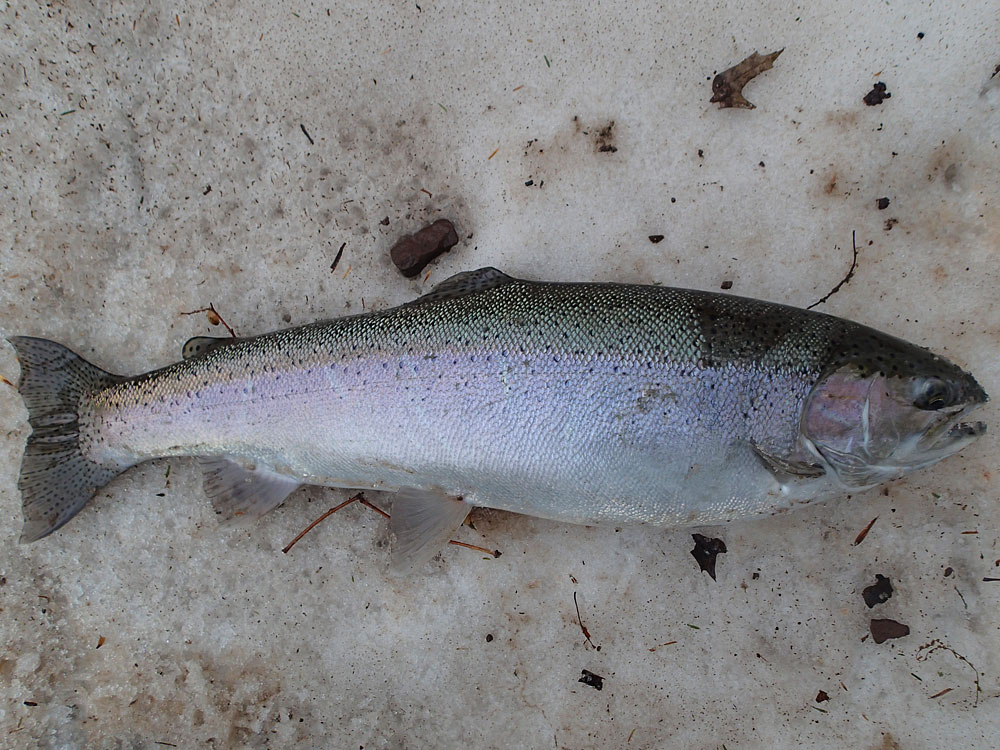 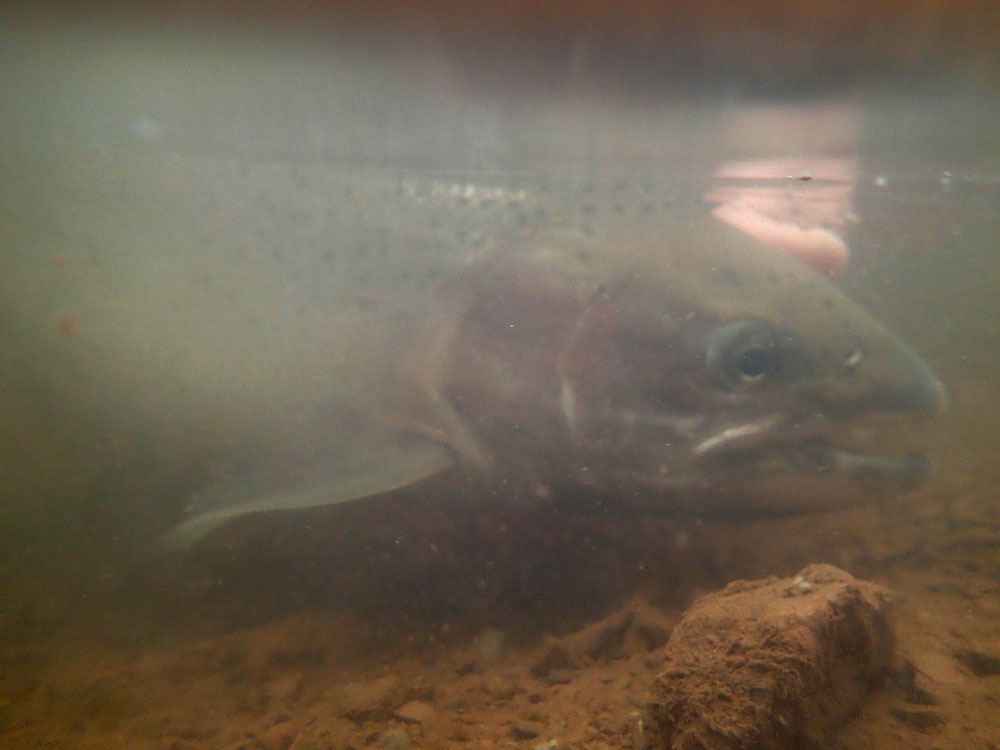 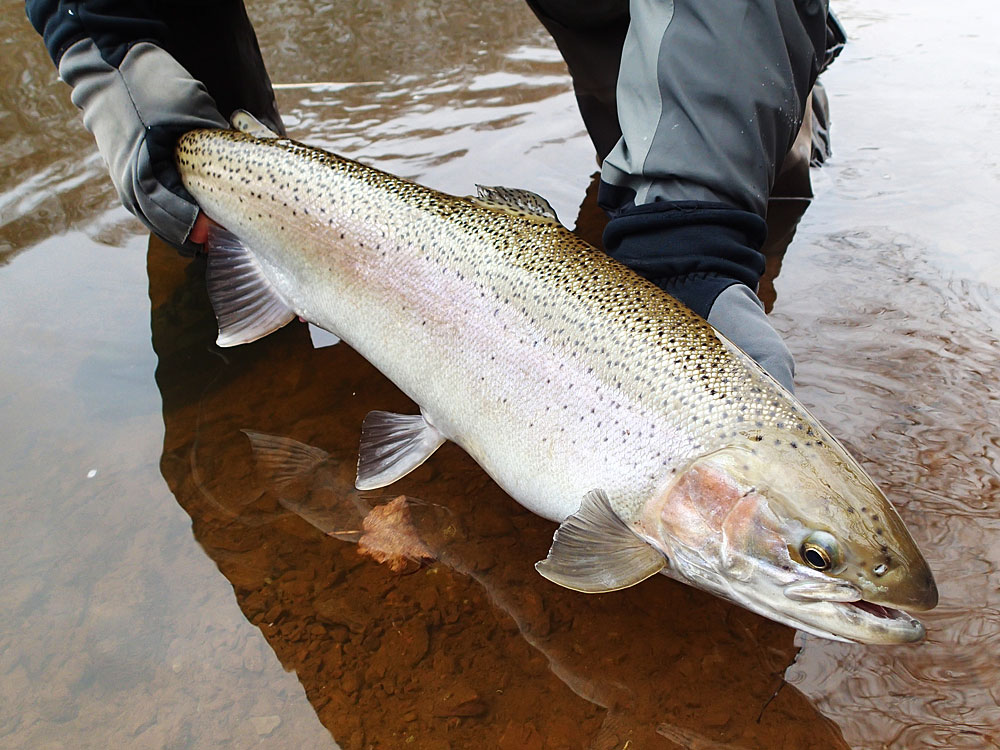 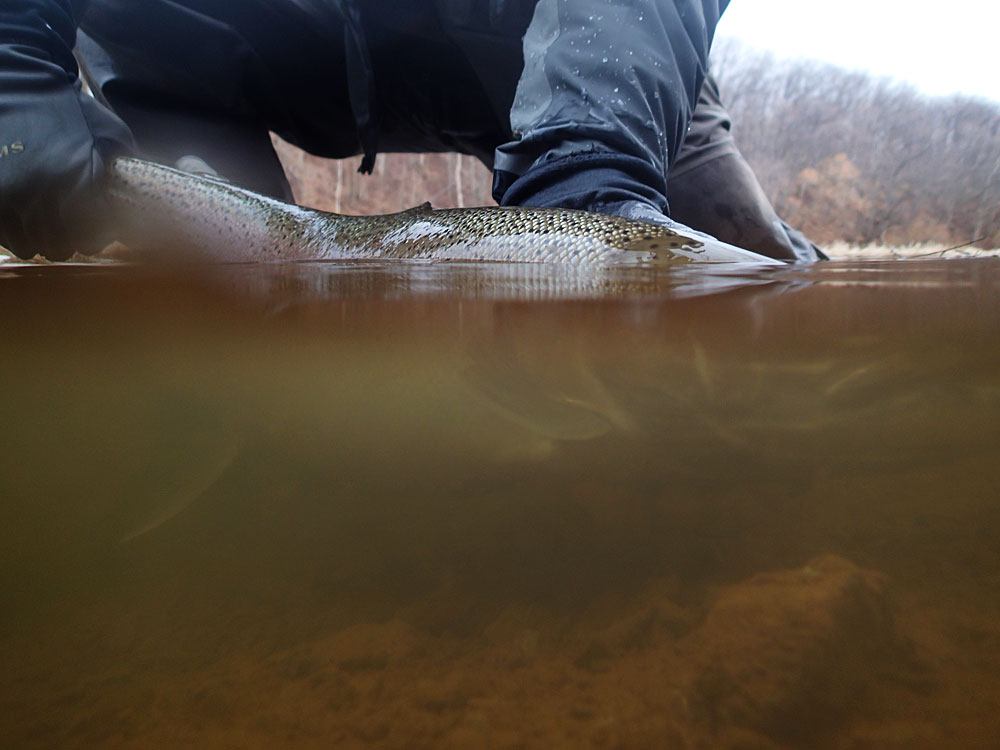 Mike and I fished the lower end of a Lake Ontario tributary with centrepin reels on float rods. I used a Rapala North Coast float rod, spooled with Sufix Siege in 8lb test. A G1 float to a micro-swivel, 6lb Sufix fluorocarbon leader with staggered shot and size 8 Gamakatsu hook rounded out my set-up. I absolutely love my Rapala Pro Wear breathable waders. These are the best waders I have ever owned by far. Very impressive!

The steelhead and brown trout fishing should be good well into Mid May in the tribs this year with the later start to spring. Get your gear ready and head out for some early spring steelhead fishing. It’s game on!