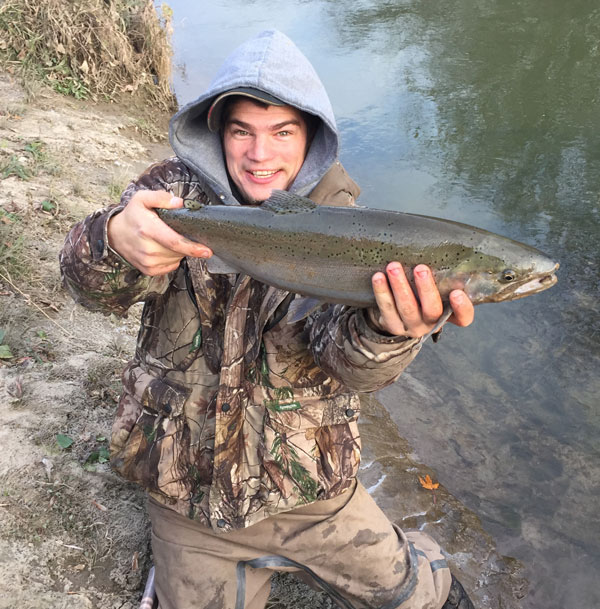 While most dedicated anglers are ice fishing,  our good friend Darryl Penhale was brave enough to fish cold temperatures to catch some nice steelhead. Darryl normally uses a center-pin/drift rod outfit, but with the freezing temperatures he switched to a spinning outfit which has less and larger guides on the spinning rod and is less likely to ice-up as fast. He found some stretches that were open and used spawn-sacks for bait. 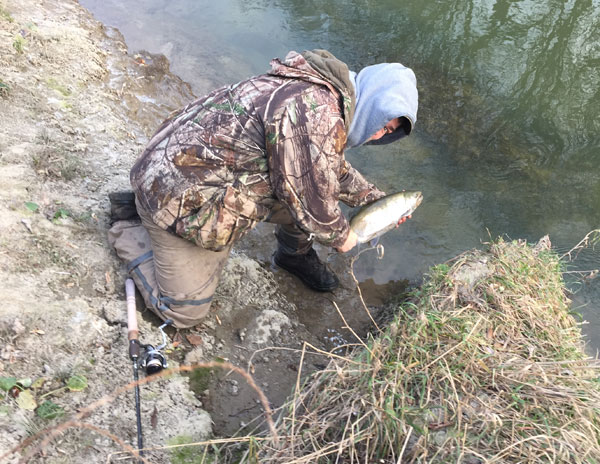 Nice release Darryl.  We have a feeling Darryl had to take pretty long breaks in-between fish to warm his hands up (been there, done that!).