We took a run yesterday out to some deep-water reefs to catch some trophy barracuda and amberjack.  We went out with our good friend and neighbout Bill in his 25′ Cobia powered by twin 150 hp, 4-stroke Yamaha outboards. 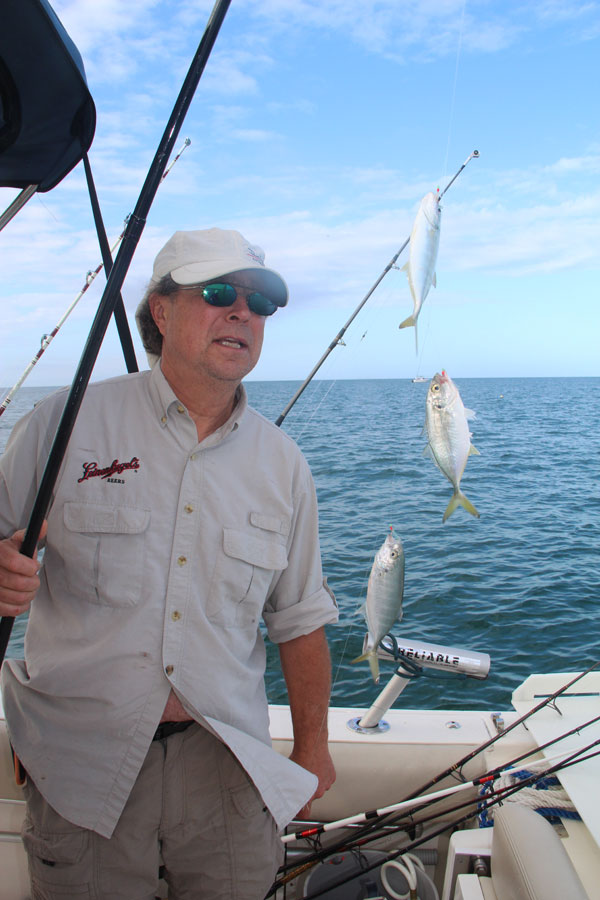 First we stopped to catch some baitfish and Bill used his Sabiki rig to catch up to 5 at one time. He caught about 50-70 baitfish and we headed off-shore to fish over a wreck in about 100′ of water. 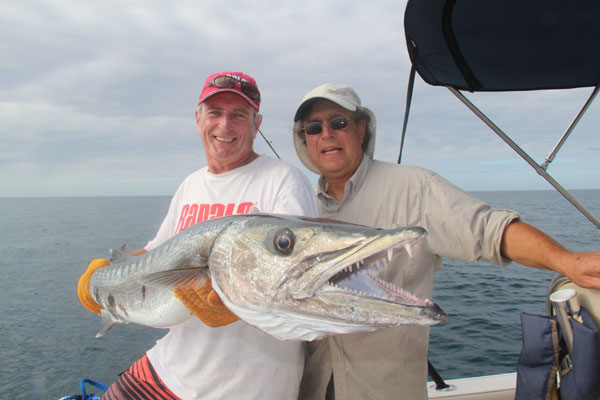 We had lot’s of fun hooking-up with trophy barracuda, snapper and amberjacks. We “went-up-a-notch” with our Rapala gear and fished the Rapala RSC Speed Jigging rod with the Rapala Benthos speed jigging reel…no messing around with these big guys! I think bill is telling me, “Keep that cuda away from me!”.