Steelheaders must admit we had an interesting early winter which produced mild weather and tributary steelhead & brown trout opportunities right into January. One major point that many steelheaders miss is that our stocked steelhead are a “winter spawning strain”. That means they enter the rivers as early as Oct. of each year and many spawn before ice-over, while others move in and out of estuary waters all winter long, even under the ice and make their run as soon as conditions are right, they spawn and return to the Great Lakes. 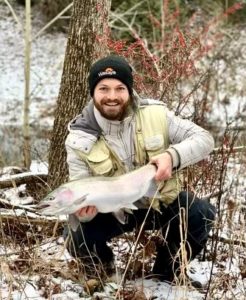 I was asked by steelheading friends in March when water levels were generally low in all Lake Ontario & Lake Erie tributaries if there would be more fish running. My answer was that the majority of the fish either ran up in the fall/early winter, or late winter. I have seen lots of posts of steelhead in the streams still spawning and fish jumping the fish-ways at a few locations but I have a feeling that by the opening of the regular trout season in a couple of weeks, there will be few steelhead left in the tributaries.

The most reports of good steelhead fishing was a couple weeks ago from anglers fishing the Georgian Bay tributaries and the Lake Ontario tributaries. Most fish were caught on roe bags fished under a float.

Right now the steelhead & brown trout fishing is still good at Port Dalhouise and the Lower Niagara River, ON. It look like the Steelhead have moved through the “all-year” open stretches of the Lake Ontario tributaries and now the suckers are running. 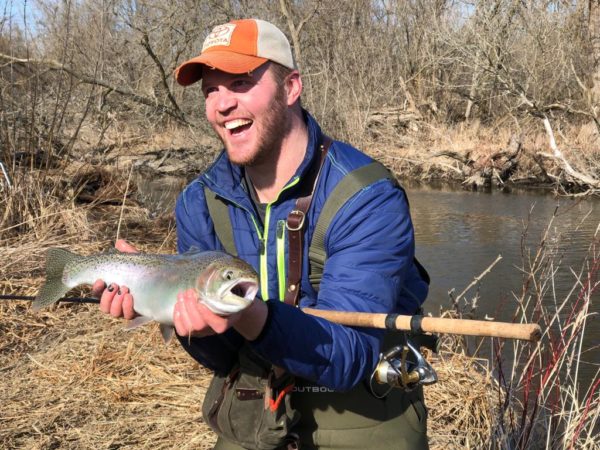