Add myriad club and charity event wins, a Crappie Master National Championship success in 2013, the world record for the largest professional walleye tournament weight, and you begin to understand why Outdoor Life named him one of the ‘Top 10 Anglers on the Planet’.

He added to that impressive résumé at the weekend when he and fellow Hawkeye State angler, Jeff Lahr, took top honours despite difficult weather at the 2017 Cabela’s MWC Championship on Minnesota’s Cass Lake Chain.

The pair bagged a total weight of 28lb 3oz, including the biggest walleye on both tournament days. Their winnings totaled $12,000 in cash; $1,500 in contingency and bonus money, plus trophies and MWC Championship rings.

Skarlis credited his electronics for a competitive edge. He runs two Raymarine Axiom 9 units at the console and two Axiom 9s at the bow of his Ranger 620VS, all networked to share waypoints and sonar data.

“I’m seeing more fish and can decipher bottom content better than I ever have. It’s like having bad eyesight and then putting on glasses for the first time,” he added.

Not only are his electronics showing him more, he explained, they are easier to use, which has changed his pre-fishing regime. 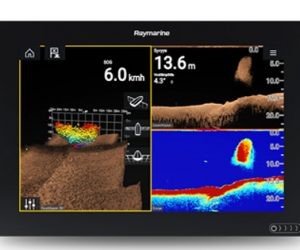 “I used to burn through fish in practice. But now, like the pro bass guys, I’ll run around and just map and mark hard-bottom areas in SideVision, no stinging fish. A lot of us were mapping Cass during practice with Navionics SonarChart, so having accurate one-foot contours was huge. Then, glancing at my sonar, I could tell walleyes were anywhere from 22 feet to 30 feet, so I knew I could shade those areas come tournament time to stay in the money zone and find fish that particular day,” added Skarlis.

It’s this change from fishing ‘spots’ to ‘zones’ that Skarlis believes is making him a more efficient and effective angler. “Wind direction was changing, so you had to respond quickly. That’s where getting married to GPS coordinates can really hurt you, especially on lakes like Cass where the fish are nomadic, making frequent moves in relation to wind and food, which is changing all the time.”

That meant fishing deep structure at specific angles in relation to wind direction. “It came down to fishing perpendicular to the windward side of structure or downwind 25 to 35 degrees from it. The stronger the wind, the more active the walleyes were,” said Skarlis.

Although the duo marked a lot of walleyes, it came down to finding specific, actively-feeding fish—not just any mark on the screen.

“Where RealVision 3D is going to shine is being able to differentiate those active biters from the rest, besides showing you structure in 3D. It’s going to come down to driving around looking for the right-colored spheres on your screen. RealVision has the potential to be a real tournament game-changer.”

He added: “Another cool thing about Axiom is that the mapping is lighting fast. With a finger pinch I could zoom in or out of my screen—just like a smartphone—and look at the fish-holding contours in detail, then zoom out and find another area just like it.”

He also champions the Axiom’s CHIRP 2D Sonar—which pings at 60 frequencies—for its excellent target separation, detailed returns, and allowing him to see his bait and fish when fishing vertically from the console or bow position. 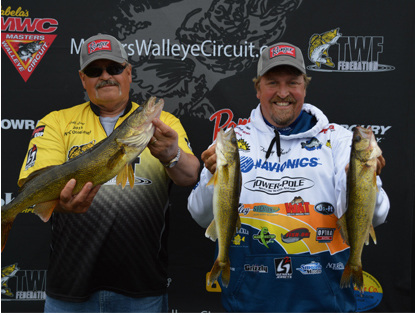 This entry was posted on Wednesday, September 27th, 2017 at 10:00 am and is filed under News. You can follow any responses to this entry through the RSS 2.0 feed. You can leave a response, or trackback from your own site.