Sheepshead on the move.

Leen Meyer (above), from EasyInsure holds up a very silver sheepshead. This can be frustrating for some anglers trying to catch walleye, but musky anglers know that this means the musky will be converging in high numbers right at where Lake St. Clair and the Detroit River meet. 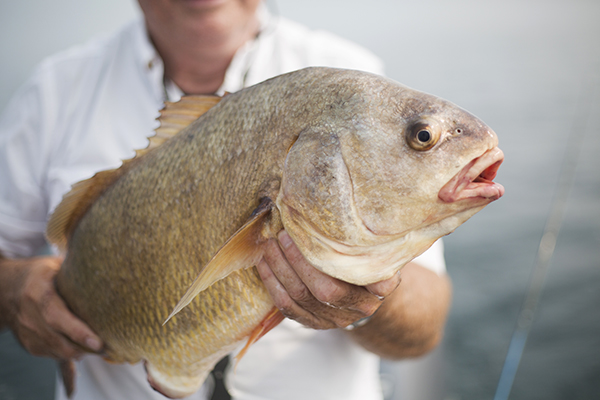 This is a great time of the year to catch multi-species jigging the same areas. For walleye anglers will be using heavier jigheads and 4 1/2″ Lunker City Fin-S-Fish. Many Musky fishermen will be using large soft-plastic baits throughout the water column and also near the bottom.