Most of the time you can catch bass by just casting to shorelines, but here are times when they move the shorelines to nearby structure. That’s where it’s critical to have a high-resolution fishfinder that can spot them even when they are swimming near the bottom.

I rely on my Raymarine fishfinder using CHIRP DownVision and the fishfinder mode to locate bass even in water less than 10′ deep where once I mark a fish I gently move off with my MotorGuide electric, and than come back a little while later and catch it!

In this situation both Larry Rencken & I were fishing together, Larry spotted the fish on the screen marked it, I turned the boat around, cast my Rapala Huskyk Jerk over the area and “wham”, fish-on…..that’s Raymarine fishfinder efficiency! 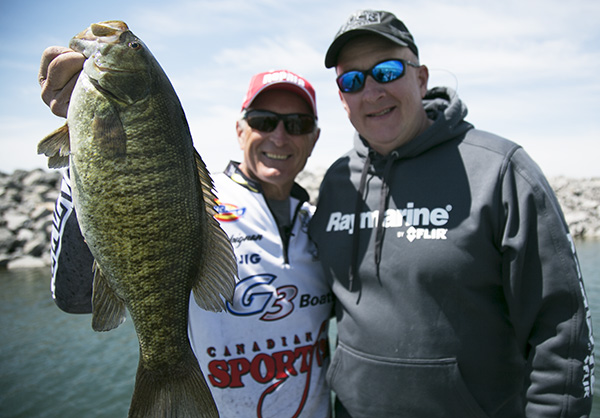