I recently had a chance to do a TV show on the Lower Niagara River where I used both my Raymarine HybridTouch & Raymarine Dragonfly to locate smallmouth in 3-4 mph current and anywhere from 20-30′ down. 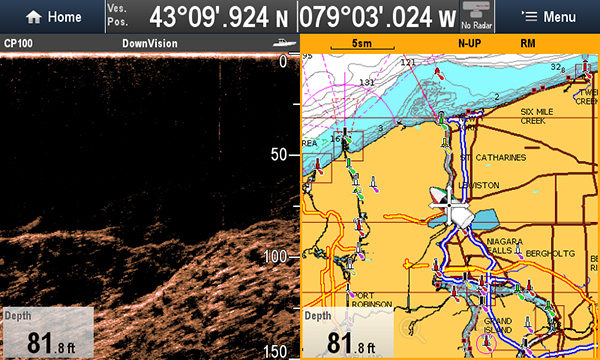 First I have to show you how accurate Raymarine CHIRP DownVision is to clearly show you structure even in depth of over 80′ and extremely crazy currents in the middle of the Niagara River. You have to admit the image quality and detail is amazing! 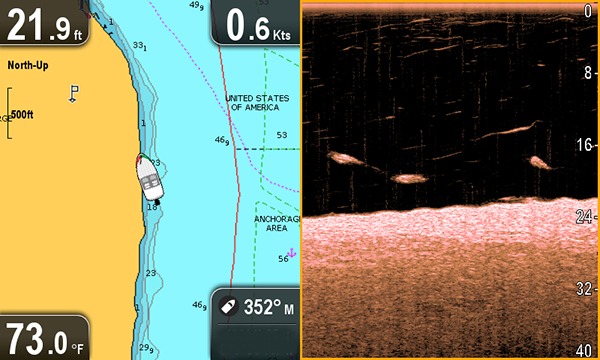 We ended up locating smallmouth along very specific breaks in two key areas on the river and when we did they were there in high numbers. We really shot the show just fishing those two areas. Look at how clearly the bass appear in the top image. Not only do they show up as “marks”, but as “bass”! These fish were holding suspended off bottom and picked-up my tube as soon as we passed over them. The reason we captured such a clear image is that they were pretty-well motionless so the Raymarine Dragonfly was able to pick-up their actual shape. 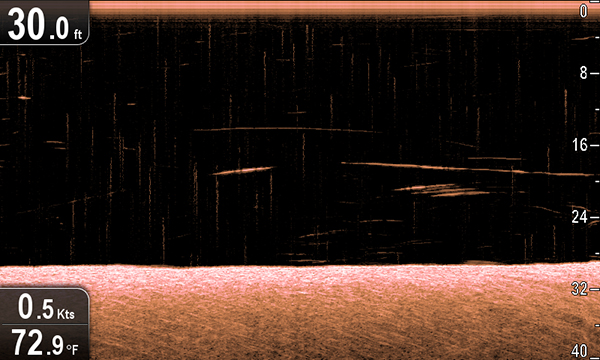 In the image above shows smallies moving and chasing food, thus the “streak-images”. Still very visible and a very active and catchable fish. That type of smallmouth usually picks up a tube as it’s falling to the bottom, no need to work it, just feel the fish on and set the hook! 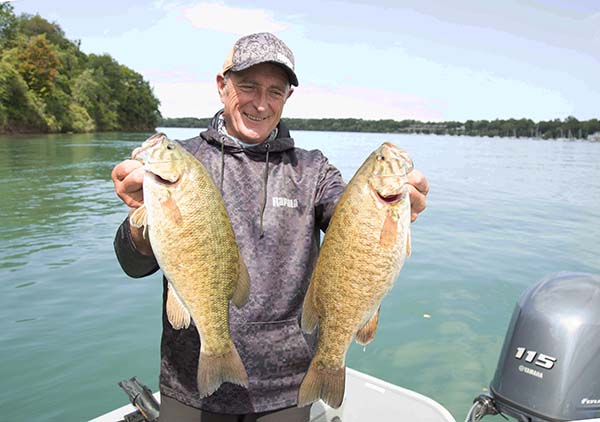 When you use accurate, easy to read electronics like the Raymarine series it’s easy to do more “catching” while you’re fishing! 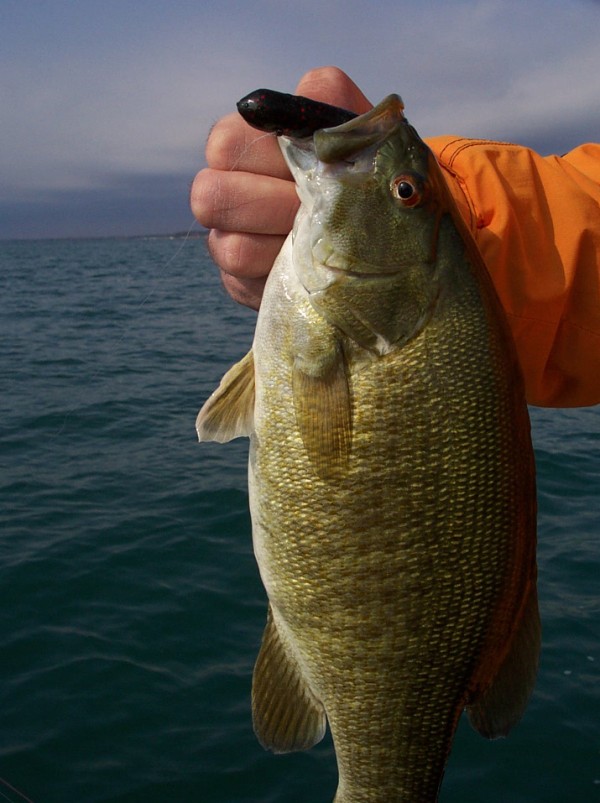