I fish both fresh & saltwater all year long. When things ice-up on Canada, like many birds I head south and target many trophy fish especially in the Gulf of Mexico. Sometimes the biggest fish are near wrecks and man-made reefs, other times they are feeding off the structure in open-water. I find that some of the biggest saltwater fish I catch are often “loners” cruising by themselves away from structure and ready to inhale a well presented bait if it gets near to them. 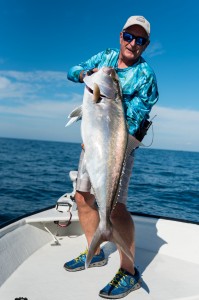 On a recent TV shoot in Florida’s Gulf waters I got a surprise of my life drifting off structure while keeping my eye on the Raymarine Axiom fishfinder. We had made many drifts over structure and than decided to drift away from the structure on purpose to find a trophy. We were not disappointed. Our Raymarine Axiom spotted the fish and I ended up having the fight of the season  on a light-action rod and center-pin reel. We ended up hooking such a big Amberjack that I really struggled to hold it to take a photo and then a quick release. Thank you Raymarine for being my reliable fishing buddy! 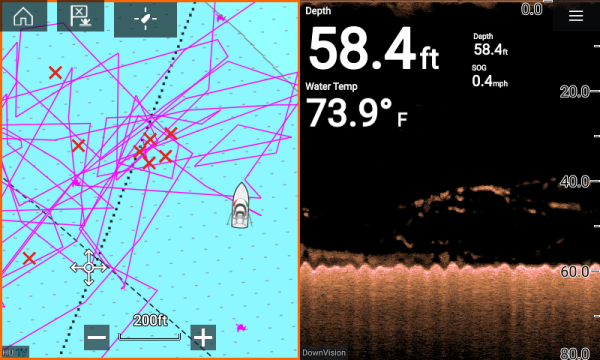