Everytime I use the Raymarine Axiom in the RealVision3D screen I am amazed by the clarity and accuracy of the information. 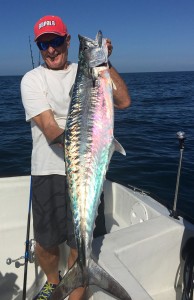 I have to share this recent story with you on a Gulf of Mexico Kingfish outing. We were drifting in 50-60′ water running live Cigar Minnows on the surface and had caught a few nice-size Kings. The person fishing with me was amazed by the RealVision3D image and was watching the screen as I watched the line. He pointed his finger at the screen and asked, “What’s this blue dot about 20′ down off to one side of the boat?.”  I responded, “It’s a King.” I did not even finish my sentence and the drag was peeling-out on one of our lines. It ended up being a real trophy King….my buddy was speechless!

It doesn’t matter whether I’m fishing in a large body of water in Canada, or the Gulf of Mexico in search of trophy fish, the Axiom RealVision3D gives me the advantage of getting a scrolling 3D image of the bottom and most importantly of seeing fish that are out from the boat. This enables me to maneuver to where I spotted the fish and hook them!! 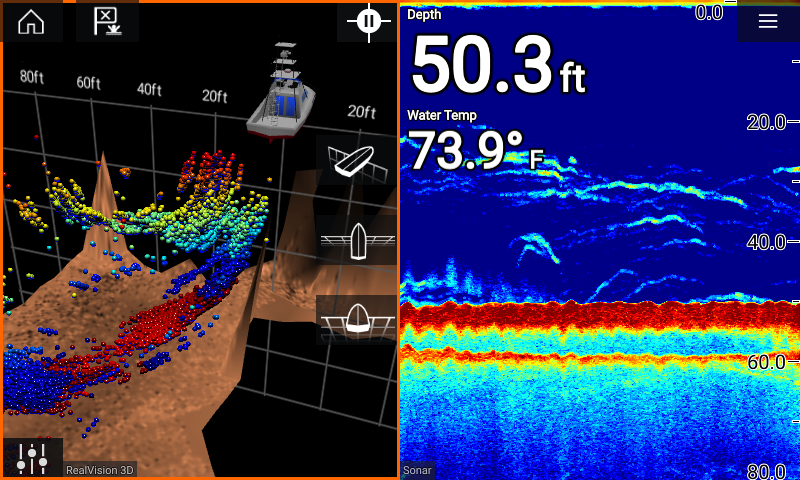