Raymarine Axiom marks fish & let’s you know if they are active.

As avid anglers, it’s one think having a fishfinder that marks fish that look like a “blotch” or “spot” on you screen and quite another if you get a clear mark that shows  it’s depth and even if it’s active or not. We know  that actively swimming fish are more likely to feed than an in-active fish that is laying motionless. 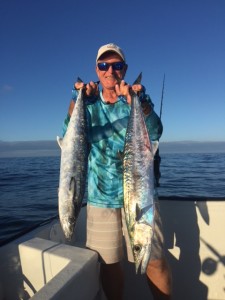 With the Raymarine Axiom fishfinder you can see in the featured image that it’s the definition which makes all the difference in the world. The two fish appear as a “long”, inverted “hook or ‘C'” which means we are passing right over them as they are indeed moving. If they were motionless the inverted-hook would be much tighter. Raymarine relays the most accurate information to help you catch more fish! 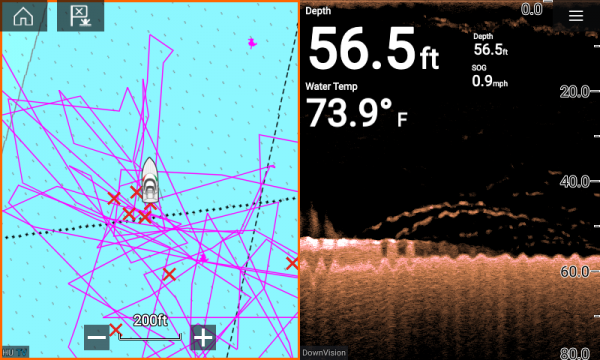