Many stream anglers that enjoy “bush-wacking” and exploring hard to reach sections of rivers and streams are often rewarded with some nice size resident trout. While most stream anglers either use small garden worms or tiny spinner and flies, some target larger brown trout using small Rapala minnows. It’s no secret that the larger trout get, the bigger their food requirement becomes and they often feast on a diet of minnows, sculpins and even other smaller trout. 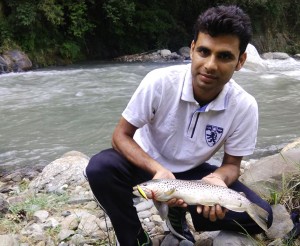 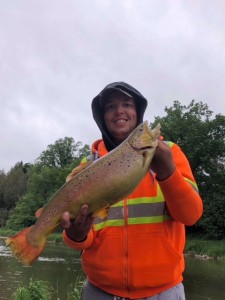 Here is southern Ontario John Walkington has been catching some monster resident browns fishing the Rapala  X-Rap in the smaller size. 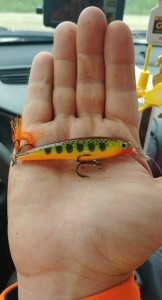 His most productive color has been the “brown trout’, go figure!! So if you’re targeting resident brown trout, don’t be shy of fishing a Rapala, you may be surprised by the result!! 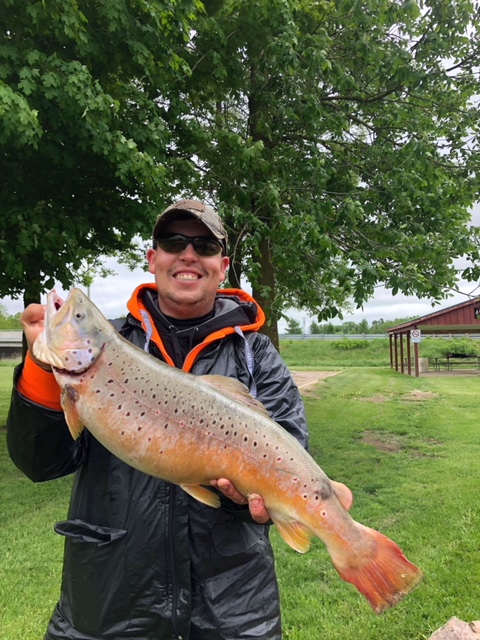