Maybe you have seen some underwater video of a shark or large ray with a fish that looks like it’s stuck to it’s belly. Well that fish is the remora which uses it’s system of suction-flats to attach itself to a large fish and picks up the scraps when it feeds. 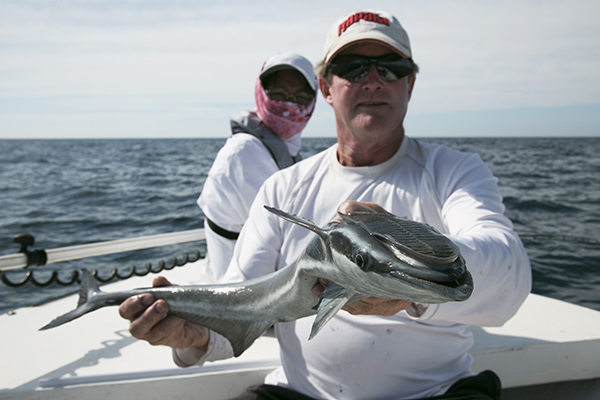 Sometimes we encounter remoras when we fish 10-20 miles out in the Gulf of Mexico. 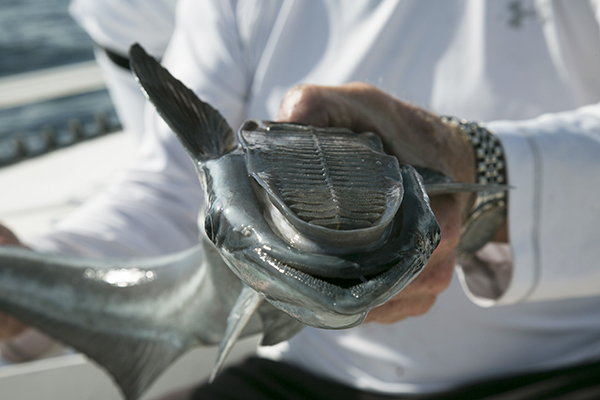 This remora that Mike Scarlett caught & released is slick and was feeding on our baits while waiting for a fish to hitchhike on. 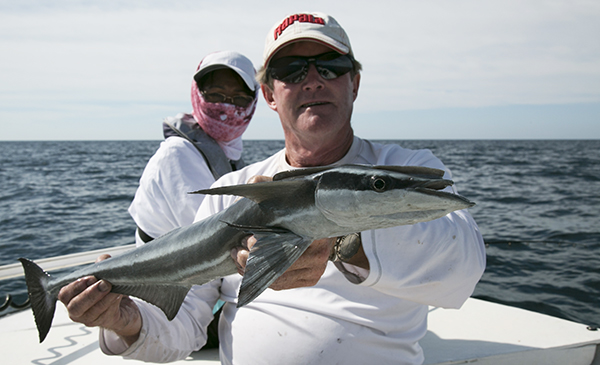