Many walleye anglers that enjoy ice fishing the Bay of Quinte have had to deal with inconsistent ice conditions in many areas due to variable winter weather. In addition, the walleye being caught in the Upper Bay have been made up mostly of smaller eating-size walleye. While some large trophies have been landed, they have been the minority. 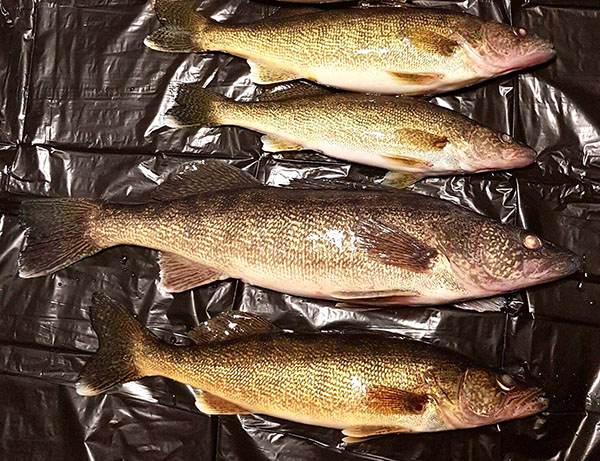 It may be that walleye are moving in higher numbers to the Upper Bay which includes more large females. John Stiles recently had very good fishing with his Dad where they had steady action and caugth a fix of walleye ranging in size from 3lb to over 8lb. Let’s hope the weather stay cold, ice safe and more walleye move in.