You don’t want to reel your frog too fast. In-fact, when you get to an opening in the weeds you want to let is sit for a second. You really want “torque” once you hook a larger bass in the weeds. Remember that the higher the gear ration on a reel, the less torque you have, the lower the gear ration the more torque. Six-to-one gear ration is plenty for both. 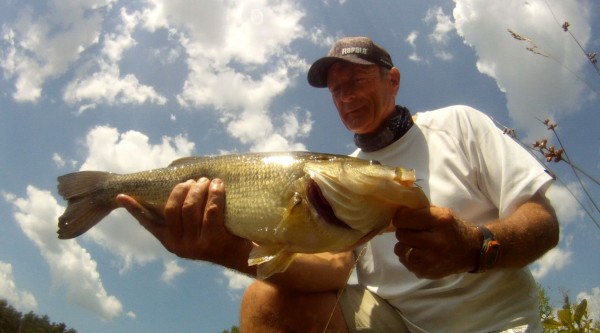