My wife and I while on vacation, have fished Lake Mindemoya up on Manitoulin Island every year for the past twenty years. We have noticed some drastic changes concerning the dwindling Walleye population and the over abundance of jumbo Perch. We have concluded that over fishing these Walleye may be the culprit. Is there anyway through the M.N.R.F. that this can be rectified? Some self interest groups seem to be over using their stated quotas.

Walleye populations can really vary in any given decade. For example the Bay of Quinte Walleye fishery on Lake Ontario was nearly shut-down a few years back because the OMNR&F were worried their populations were to low. They are fine now and have re-bounded well. Another example is Lake Scugog, Kawartha Lakes. In the 70′ there were few walleye in the lake. Through the 80’s-2000’s the fishery there was very healthy. In the last couple of years the walleye population have declined so much there that the walleye fishery has been shut-down. The rest of the Kawartha Lakes Walleye fishery has also changed drastically and special slot-limits have had to be implemented. I have not fished Lake Mindemoya,  ON so I do not have first hand experience with it’s Walleye fishery. I do have a friend that has a cottage on nearby Kagawong Lake and it appears it is in the same condition. They also have a very healthy population of jumbo perch and are catching few walleye. On their lake they are “pen-rearing” walleye to augment the lakes walleye population. Perhaps the OMNR&F should be looking to do the same with Lake Mindemoya.  I would encourage you to contact the Sudbury, ON MNR&F District Office, talk to a Fish & Wildlife Technician or their District Biologist to get a better understanding of the Walleye situation and if they are planing on implementing any management plans to sustain that fishery. 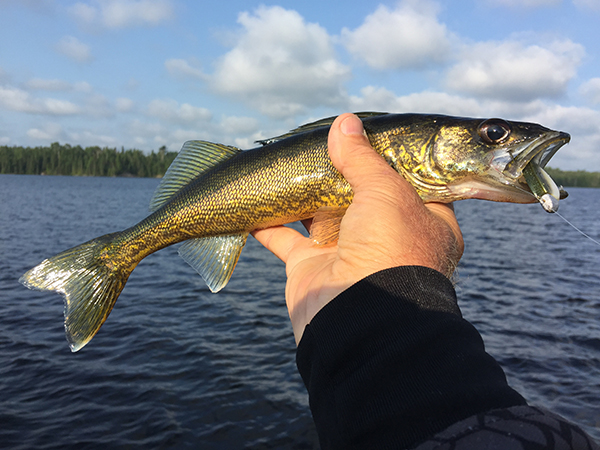