Hi Italo,Thank you first of all for all the info you give us through utube and your web site.I am looking into fishing for walleye at the beginnign of sep this year on Buckhorn Lake close to the Scottsman’s Point.Do you know of any spots and bait that would resemble their feeding this time of the year?I’ve heard that the lake has plenty of pike and muskie. If I used steel leaders/rigs, would the walleye still bite?Thank you

Hi Chris, thank you for your kind words. If the weather holds, the beginning of Sept. should see the fish still in their summer pattern. I know that out from Scottsman’s Point (main lake channel) should be good area for catching eating size perch just using a hook/worm and fished close to bottom. Once you locate a school you can anchor and catch a bunch. I don’t believe Buckhorn has any pike, just musky, walleye, large & smallmouth bass, panfish and coarse fish. A good spot for musky is to fish the large weedbeds all around Nichol and Fox Island. I have done well there casting in-line musky bucktails like the Blue Fox Musky Buck over the main weeds and where the weeds and in the 10’ depth. I would target largemouth bass by casting a 6 or 7” plastic Texas-rigged worm around any docks that don’t have human activity and also along any “slop” (weeds that have been dislodged and get concentrated on the surface along a shoreline). For smallmouth bass I would suggest you fish the rocky outcrops on the south side of the lake just before the narrows going to the town of Buckhorn. There are three rock shoals that should be marked with floating bottles at he last point on the south shore just before the narrows. Best time to fish those is early and late in the day when the fish move off and on them to feed. Walleye will be the most challenging and I would suggest casting Rapala Husky#11 along any rocky points out from bays just before dark. During the day they will be hard to locate. You only need to use a wire leader is you’re specifically casting for musky…God bless you. 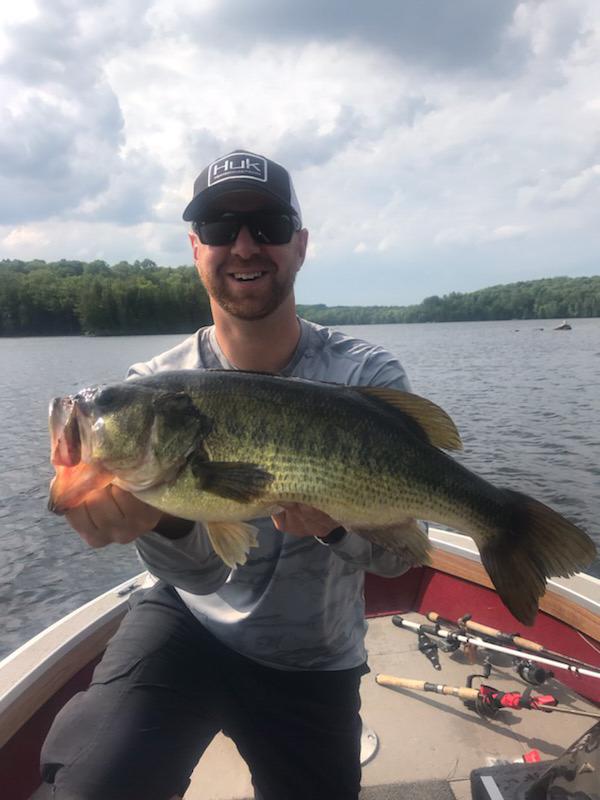