Hi Italo,I was wondering where good pike fishing areas from shore are near Vaughan. Also where can you park your car to fish this area. Also aren’t the pike finished spawning so they will be feeding and what are good lures to fish with? Can you use minnow in the place you recommend? Thanks 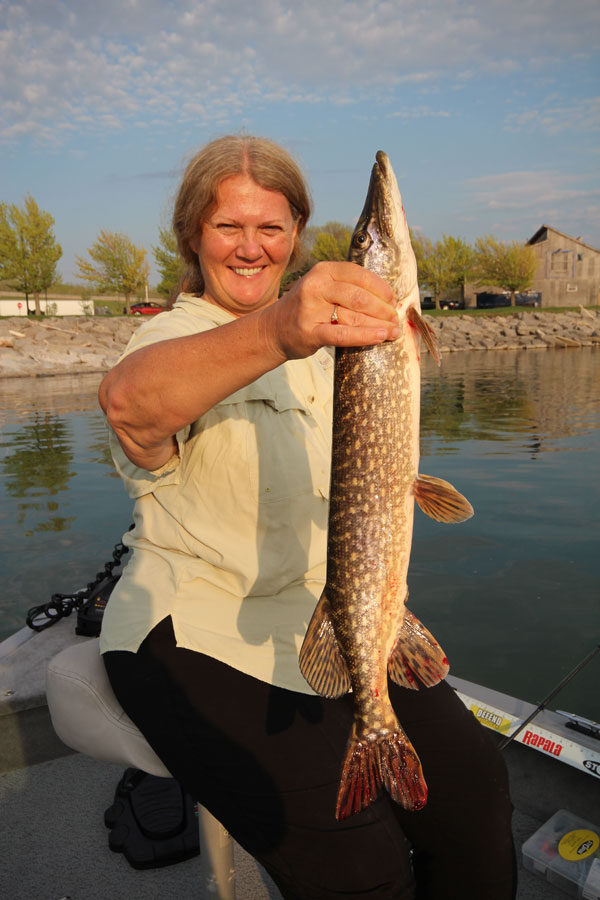 That’s a lot of questions. Pike locations from shore; 1. Holland River at Younge St. N where it crosses the river/at the north end of Bathurst St. where it meets the river (Roman Catholic Church property where old marina basin is)/Cook’s Bay off marina rock break-wall in Keswick, ON (you will need to ask permission). 2. Right off Queens Quey between Spadina & Younge St. in Toronto fishing the waterfront breakwall and boat basin weedbeds. Scarborough, ON marina basin boat docks/weed beds. Musselmens Lake, Cedar Beach Park off of Ninth Line road. Orangeville Reservoir, Island Lake Conservation Area. You can cast lures at all locations like Rapala Husky Jerk #11, Jointed #11 Rapala, or Vibrax #3 spinner. You can also fish live minnows under a float. I am sure you will figure out the parking. You may also want to look at the locations on Google Maps earth/map to see what the locations look like. Hope you catch pike.