Positive changes made to the Guide To Eating Ontario Fish.

For those that are unfamiliar with the resource, it states by waterbody how many meals you are able to eat of fish from Ontario waters without endangering yourself from the long term consequences of heavy metal poisoning and other toxins.

Due to previous consumption guidelines Chinook (king) salmon and other migratory fish species were most often categorized as NON-consumable due to their size and toxicity. As these fish were deemed non-consumable the practice of “gut’n’chuck” was fully legal as an angler is not permitted to allow consumable flesh go to waste. The only penalty someone who did ‘gut’n’chuck’ could face was littering if they left the carcass on the river bank, and did not dispose of the carcass in a receptacle.

If you are not familiar with what “gut’n’chuck” is, it is the practice of gutting a fish for the purpose of collecting its eggs (usually for bait or consumption). It is also known as ‘zippering’, and has some other colourful names.

With the updating of the consumption tables Chinook salmon are now listed as consumable for the majority of the size of fish you will see during the spawning run. This means that it is now ILLEGAL to “gut’n’chuck” where these tables have been updated.

So, why should anyone care about this update?

MNRF Officers would not show up to calls solely of fish being slit for their eggs because it was, most often, legal as the fish were most likely non-consumable and a waste of the officers time and their resources. With the fish now being listed as consumable for almost all sizes of salmon during the spawning run, MNRF officers can issues fines and penalties to those who offend, and will have to investigate into the calls and reports.

Will this solve the problem of folks gutting fish for eggs?

No. But now the MNRF is able to act instead of shrug their shoulders as there was not an illegal activity.

The issue still persists that there are not enough MNRF officers to provide adequate coverage. Until we have a provincial government that truly cares about our natural resources (except for greed and exploitation) that won’t change.

Here is a link to the Guide to Eating Ontario Fish:

Please note that the guidelines and tables are not the same for every waterbody. 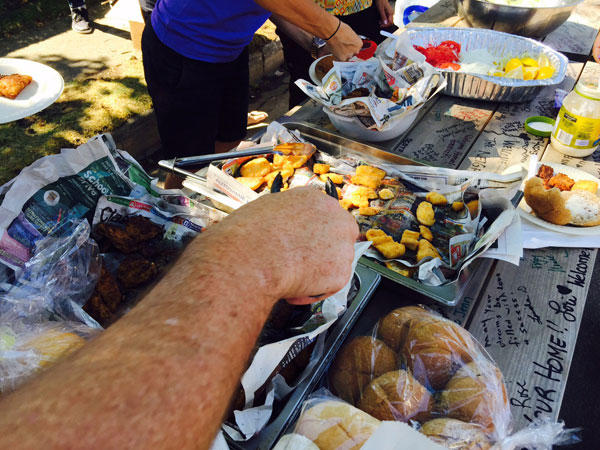 This entry was posted on Monday, April 22nd, 2019 at 10:00 am and is filed under News. You can follow any responses to this entry through the RSS 2.0 feed. Both comments and pings are currently closed.