How come some ice-anglers targeting walleye consistently hook big fish? I mean fish over 10 lb. One major factor is location. They know that winter is a great time to intercept those big female walleye that are moving towards their spring spawning grounds. Key areas to focus on is fishing in the vicinity of river mouths and areas that contain a good concentration of spawning shoals and spawning shorelines. I don’t mean fishing the spawning areas. Keen anglers know to fish areas near the spawning areas to intercept those trophy walleye. 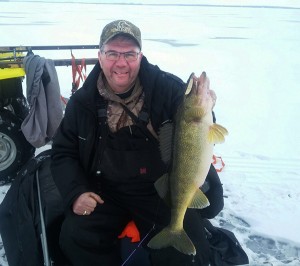 While  live bait rigs can work well like fishing the TipNjig Total Ice Fishing System with the exceptional strike indicator and locking handle device, jigging by far produces most of the monster walleye through the ice. I take on it is that many of these walleye have to be “teased” and “triggered” to take a well presented jigging lure. In many cases trophy walleye anglers will use a high-resolution ice-sonar to watch any walleye appearing on-screen and also watching how they behave to their jigging lure. Sometime angelers have to work a fish for a minute or more enticing it to hit. 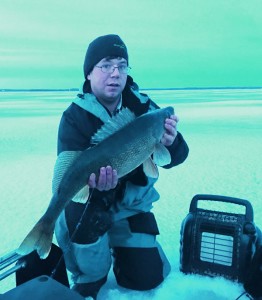 The two top categories of jigging lures are vertical jigging spoons and Jigging Rapalas and blade baits that can often be filled with rattles to produce a tantalizing flash from side to side as well as being very noisy.

Among the vertical jigging spoons, the Cast Master, Swidish Pimple and More Silda by Rapala are some of the most effective fished in the larger 3/8 oz size to 1/2 oz.

In the Jigging lures, the series of Jigging Rapala are at the top of the list along with the Rippin’ Rap. All of these are usually fished near the bottom and in many cases experienced anglers spotting a fish on their sonar will try and slowly get the big walleye to follow the jigging lure off the bottom to make it become active which very often results into a hook-up! 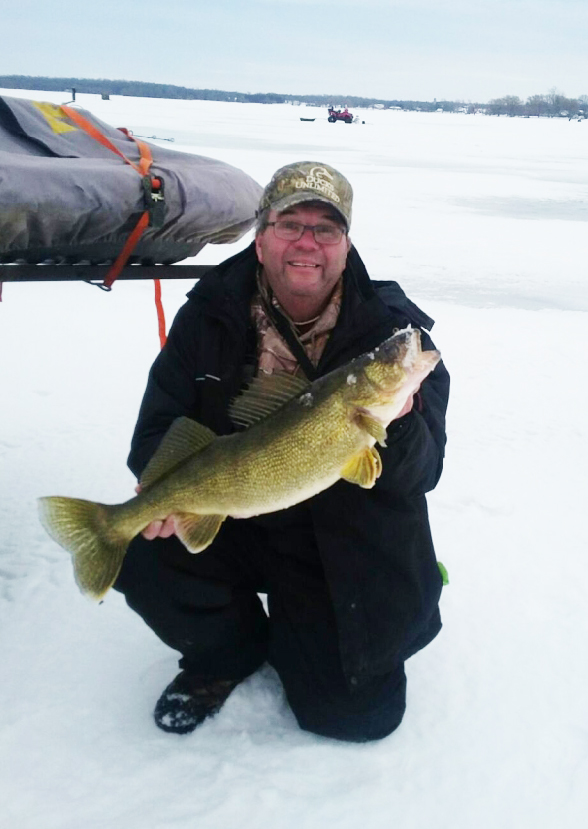