I have been friend with Tyler Hulme through Facebook for several years and he is one of thousands of anglers that loves to travel and catch as many different fish species as he can. The features image is of a trophy Northern Pike he caught while fishing Eva Lake, Thunder Bay, ON. 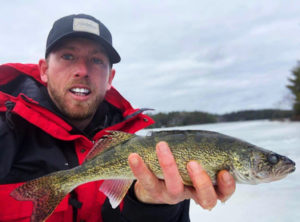 The ice-Walleye was caught in Parry Sound, ON fished a small vertical jigging spoon tipped with a live minnow. 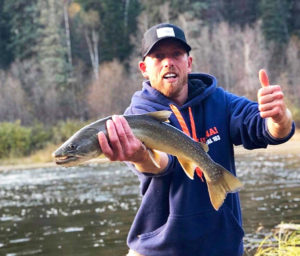 This Bull Trout (a relative of the Dolly Varden Char),  was caught near Jasper, British Columbia. 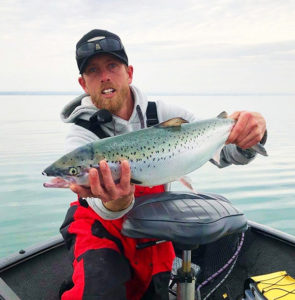 Trolling the shorelines of Lake Ontario, ON produced this bright Atlantic Salmon. Spring time is an excellent time to flat-line 3/8 oz spoons and Jointed Rapalas in the #9 & #11 size in 20-30′ of water. 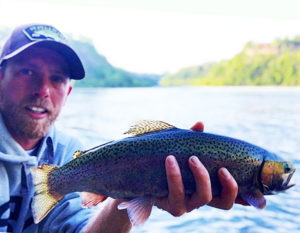 And close to home, Tyler caught and released this feisty female Steelhead in the Niagara River Whirlpool. Steelhead anglers will be happy to hear that the ice-boom has been released on the Niagara River, ON and it is now free of ice and ready for anglers to cast either artificial lures like spinners, 1/4 oz spoon, #7 & #9 Kwikfish and drift roe bags for steelhead in the Upper and Lower River. March through May is an excellent time to take advantage of seasonal temps and great fishing there. 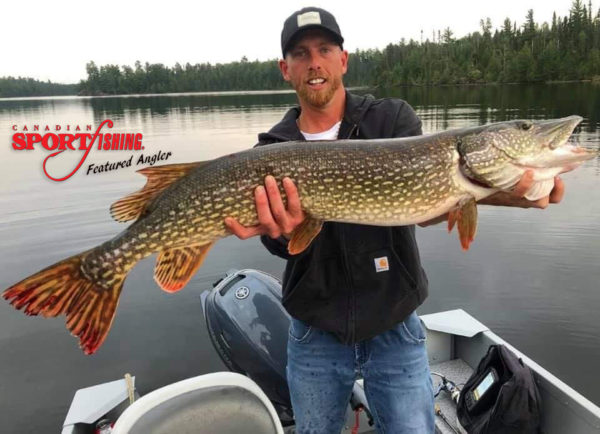