I know few anglers from Canada will get a chance to fish in India, let alone northern India, but I have been blessed to fish there 3-separate times and if I can I will go back. Northern India has amazing resident brown and rainbow trout fishing, but the most prestigeous fish to catch there is non-other than the Golden Mahseer. The Mahseer is part of the barbel family and can reach weights of almost 100 lb. It’s migratory and lives in the large Indian reservoirs and also runs up the many river systems. 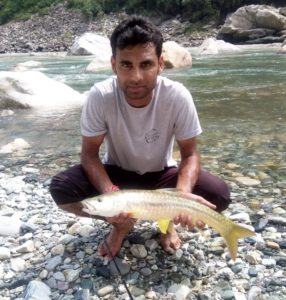 Mahseer are digressive hitters and are commonly caught on spoons, spinner and Rapalas. Our good friend Puneet Saini that fishes both trout and Mahseer shows off a juvenile Mahseer he caught recently. His biggest unfortunately got off and took his lure. His favorite lure to date for Mahseer has been the Rapala Husky Jerk! 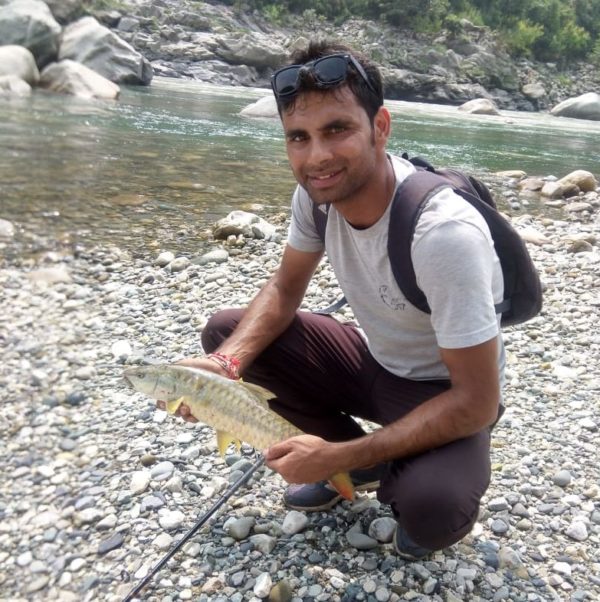