The Uncle Josh Bait Company has discontinued the manufacture and sale of pork rind products after 93 years. Tackle shops are reported to be disappointed in the decision, which was made due to supply issues. 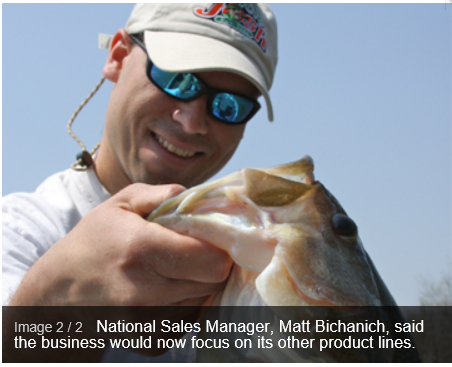 Though its Pork Frog is believed to be the brand’s best-selling product, National Sales Manager Matt Bichanich said the business would now focus on its other product lines. “The quality of the pork fat we require has been in short supply for more than five years. Some 90% of what we bought went to waste,” he explained. Remaining inventory will be sold through tackle retailers and the company website. Uncle Josh, which now trades as Hard and Soft Fishing, was founded in 1922 and its pork rind baits in brine-filled jars led to the expression ‘jig-and-pig’ being introduced into the fishing vocabulary. The brand was started by fishing friends Urban Schreiner and Allen P. Jones when, due to a live frog shortage in Wisconsin’s Jordan Lake, they decided to experiment with alternatives. Jones’s job on a farm that killed hogs for sausages led to trials with baits made from raw pork rind – and the rest is history. The company’s current owner, Kurt Kellogg, bought Uncle Josh in 2002 and renamed it in 2013.
News 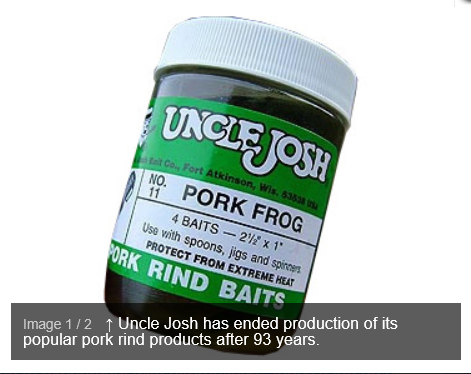 This entry was posted on Thursday, February 11th, 2016 at 10:00 am and is filed under News. You can follow any responses to this entry through the RSS 2.0 feed. You can leave a response, or trackback from your own site.