Steelhead in clear water can be easier to catch at night then later during mid-day.

In my younger years I use to wait for midnight of trout season opener at my favorite stretch of tributary which I scouted a day or two before to check out how many fish were in the pools and runs. In most cases there were many other anglers that had done the same thing and by 9-10pm before opening small crowds of fishermen would be gathered on some of the more popular stretches. Most anglers were polite and we spaced apart and once the season opened, armed with head-lights, roe bags and in my case lighted “night-floats” we started fishing. When a fish was hooked most anglers would be ready to lend a hand landing the fish out of courtesy and also to get your line out so they could continue drifting.

While we caught some fish right after midnight the bite was usually slow until a very specific time in the morning. I learned back then that when the birds start to sing in the dark (around 4-4:30 am), that’s when the Steelhead and even resident Brown Trout would become very active.

During some years there were so many fish in the stretches that from the “magic” time to daybreak I would have already caught & released 20-40 Steelies with a few Browns mixed in. Those were the “glory-years” back in the late 70’s early 80’s where there would be runs of 14,000 steelhead going through the Ganaraska fishway and 8,000-10,000 steelhead going through the Wilmot Creek weir. 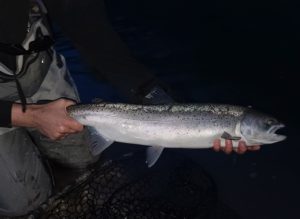 Once it was daylight, the fishing was tough due to low clear water, spooky fish and anglers wading back and forth through shallow stretches spooking fish even more. Most Steelhead would drop back to deeper “holding” pools where there might be 20-50 fish in a pool and they were very difficult to catch on roe bags. That’s where I would change to casting a small #5 or #7 KwikFish to entice them to strike. 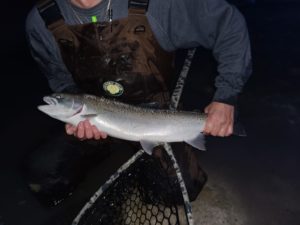 The Grdosic family took advantage of night-time fishing this past opener along with many other anglers. To some steelheaders surprise, when water levels are low & clear and can occur at the end of April, some of the best steelheading can be had very early in the morning from 4am-daybreak, then you can relax and get some breakfast before heading home!

Make sure to check the Steelhead videos on our Italo Labignan YouTube channel and if you have any questions just email them to me at Ask Italo throughout our website. 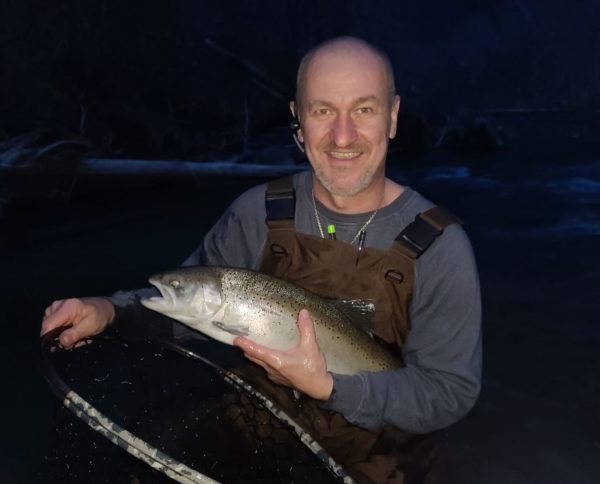