I have been dialoging with a few anglers that have tried their luck shorefishing for nightime fall-Walleye.  Some have done well, others not so well. It’s all about location & timing.  Daryl Penhale recently drove all they way down to Belleville, ON to fish the Bay of Quinte, but conditions were too windy and no luck. 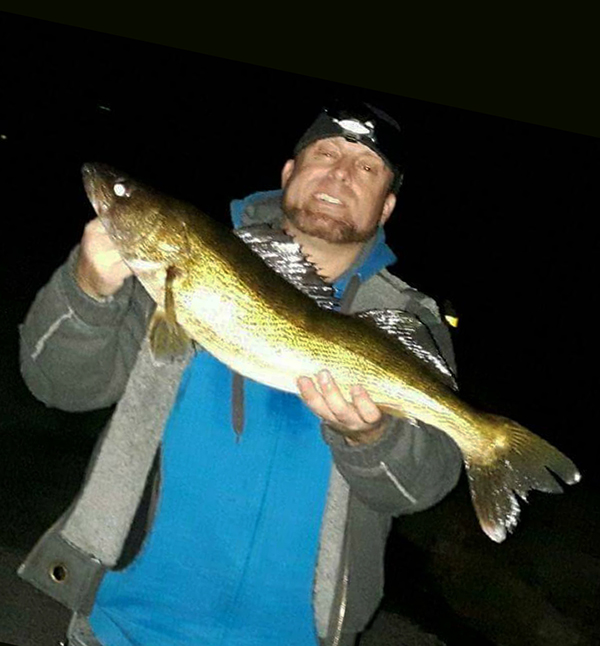 Mike Tucotte, on the other hand who has been fishing in the Kawartha’s right up to the last day of the season had good luck catching trophy Walleye. On his last night he caught & released a 27 & 29″ walleye. Those are nice fish even for the Bay of Quinte.

These night-time, shoreline feeding fish can be very aggressive, right up until ice-up in waters that have an open season. Good-size lures like the Rapala Husky Jerk in the largest size works well just cast and retrieved just below the surface. Strikes are usually hard and often the walleye can have 2 or more trebles in it’s mouth so yo have to handle the fish carefully if you  are practicing catch & release.  Key things to consider is location. Moving water areas, points, piers and long docks are all good areas to fish. Timing is also important. Walleye don’t mind waves  up to 1′ on-shore, but if the waves are “smashing” the shorelines and you have a hard time casting into the wind, it’s too wavy. 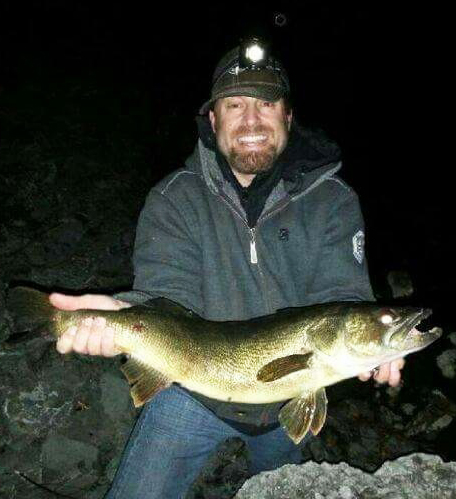