I had my friend Mitch out on the Niagara River for steelhead on Saturday, and we had a blast. The fishing was good on the lower drifts, and I caught an absolute tank of a steelhead! We had such an enjoyable day drifting the peaceful waters that meander through the lower stretches of the Niagara River. We made it above the power dams briefly and caught a couple fish, but it was very busy with boats and gin clear water. The water temperature is still only 33.6F! That is the coldest I can remember for this time of year. There is still a lot of ice in the eastern basin of Lake Erie, and the ice boom is still in place to block major ice from flowing down the Niagara River. The boom is typically removed in mid-March, but this year it will be in place until May. That is the latest I have ever heard of since I’ve been fishing the Niagara.

The sun was shining and it was 10 degrees Celsius with a north wind blowing up river. The north winds made it a bit more of a challenge to present our baits naturally along with the bottom current, but the bow mount Minn Kota helped a lot. We were able to maintain bottom contact and precision with boat control that enabled us to have a great day. We even managed a double header. The water clarity below the power dams was perfect with several feet of visibility and a slight stain. TriggerX single eggs in pink and orange worked well, as did some old roe bags I had tied up.

I started off the day with a nice fat hen that put a good bend in my rod, then Mitch lit them up for a while. We took turns catching nice steelies after that and then I hooked up near the top of Artpark with a heavy fish. The fish took drag and stayed down deep. I couldn’t budge the fish with my 6lb Fluorocarbon leader. Every time I got the fish close to the surface, it pulled drag and ended up near the bottom again. At first I thought it may have been a lake trout until is screamed drag a few times. Then I knew… it was a tank steelhead! I took my time and didn’t get too anxious. After a long tug of war, a tired steelhead emerged near the surface showing its large silvery sides. I was able to slide the net under the behemoth and get it into the boat. I was pretty excited to catch the largest steelhead I’ve caught in a couple years! It was a chrome hen full of eggs, and I released her after a few quick photos. I haven’t spent a day fishing with my friend Mitch in a while, and it was a great day to catch up, share some laughs and catch some great fish. 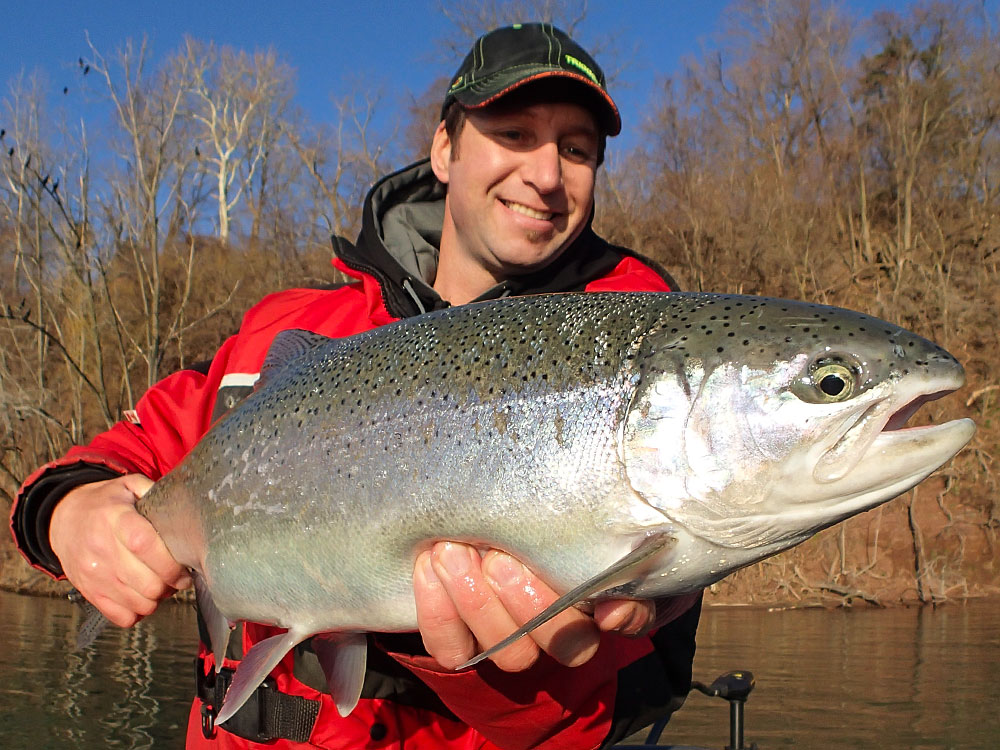 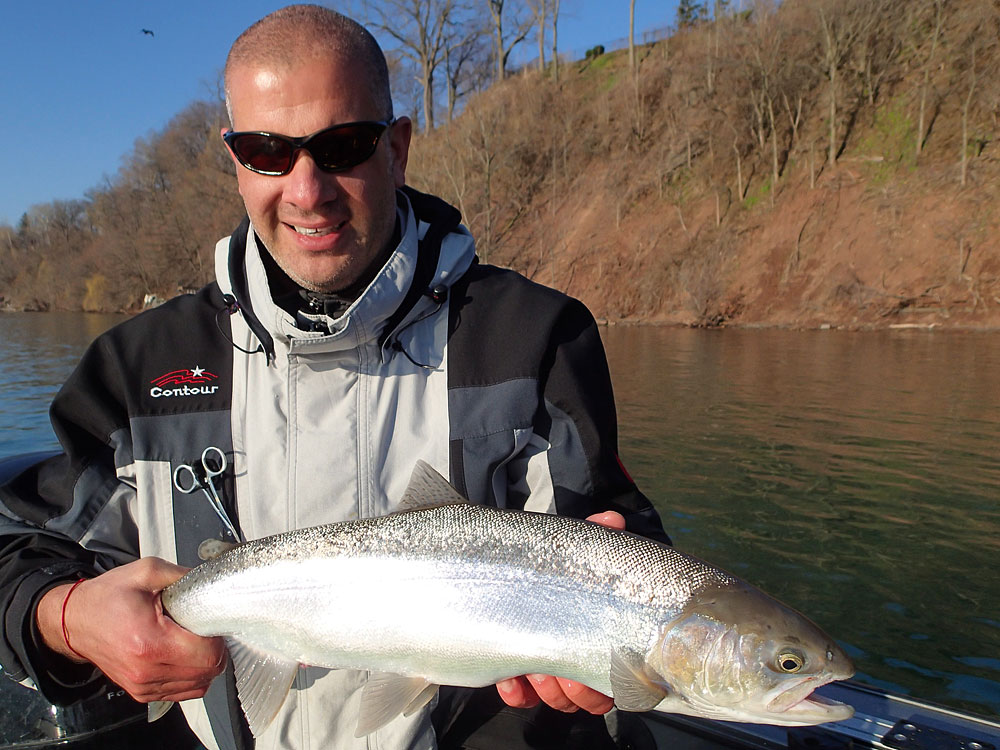 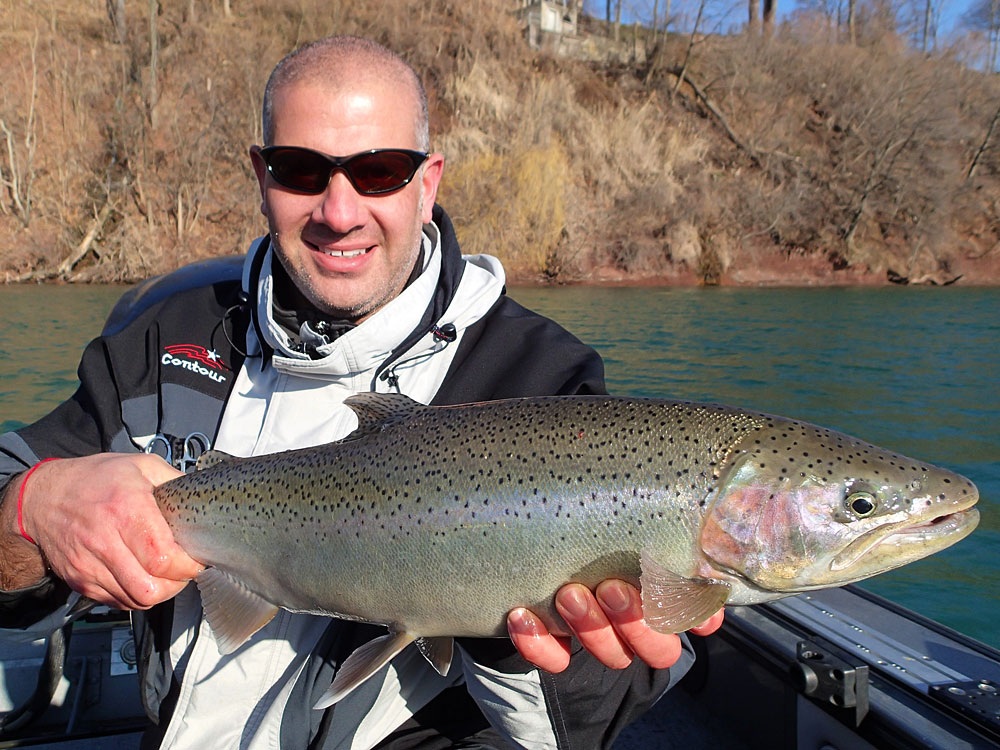 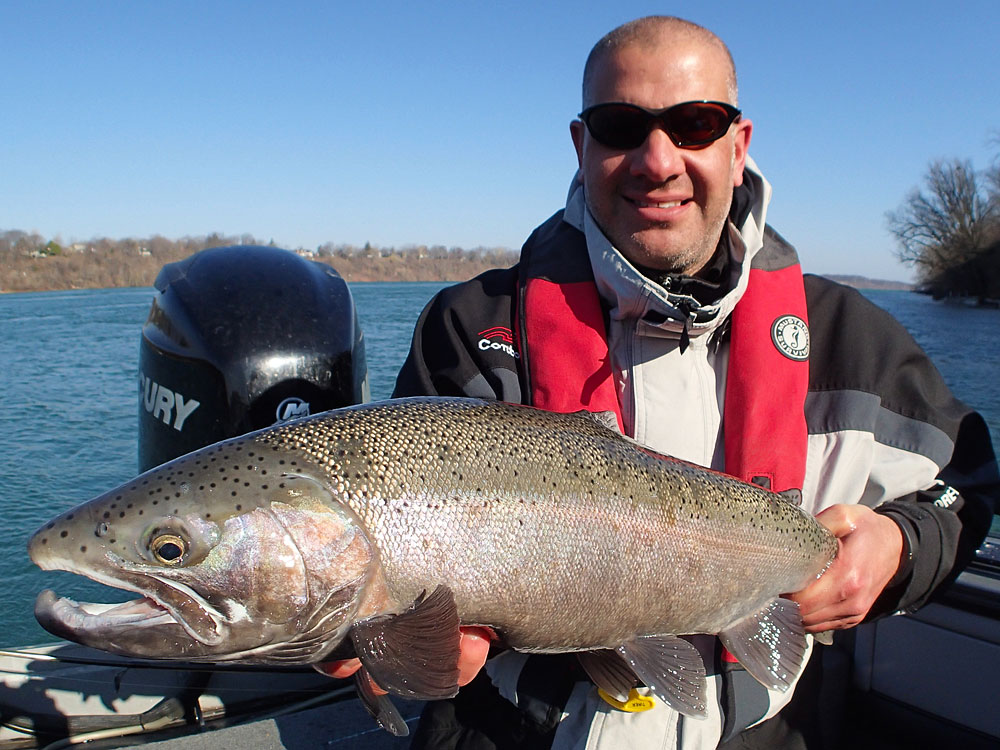 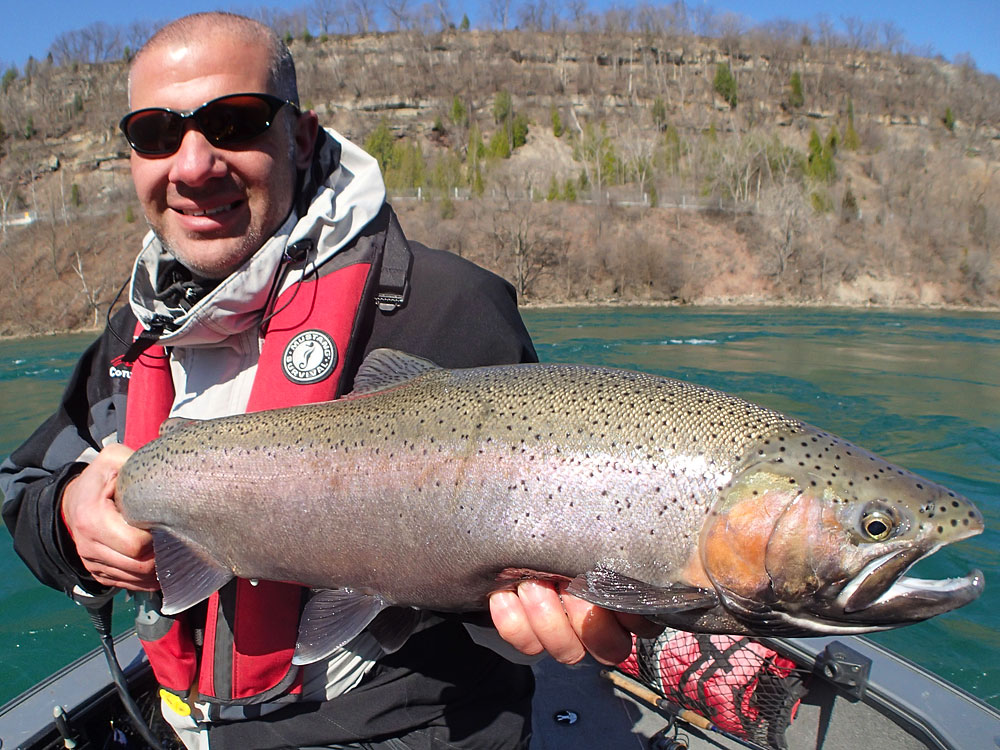 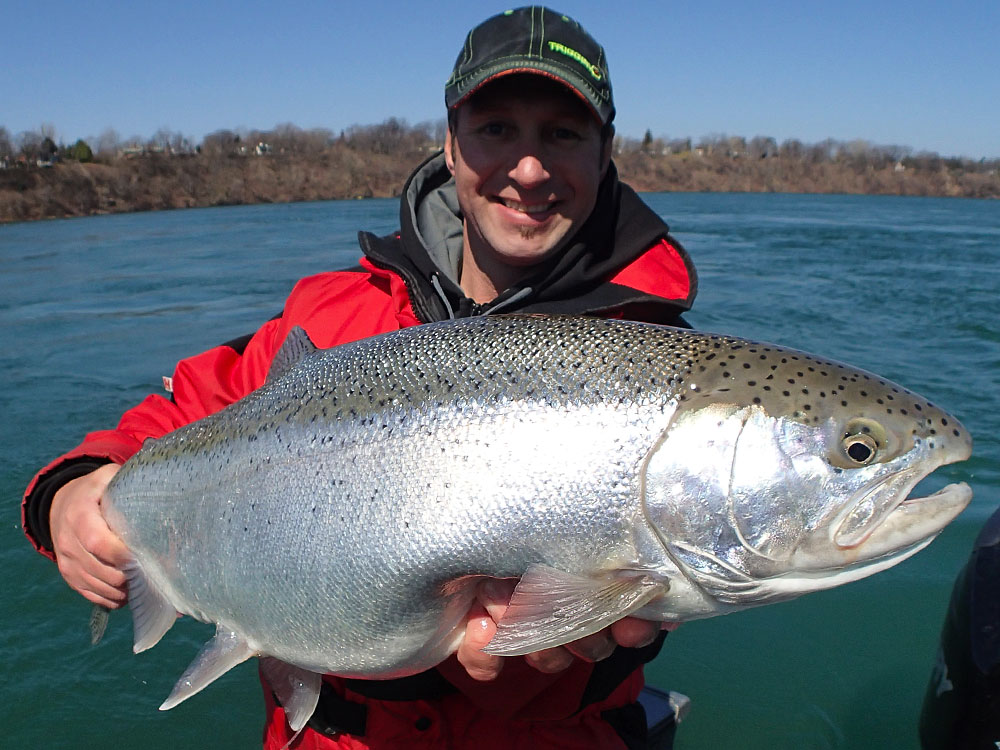